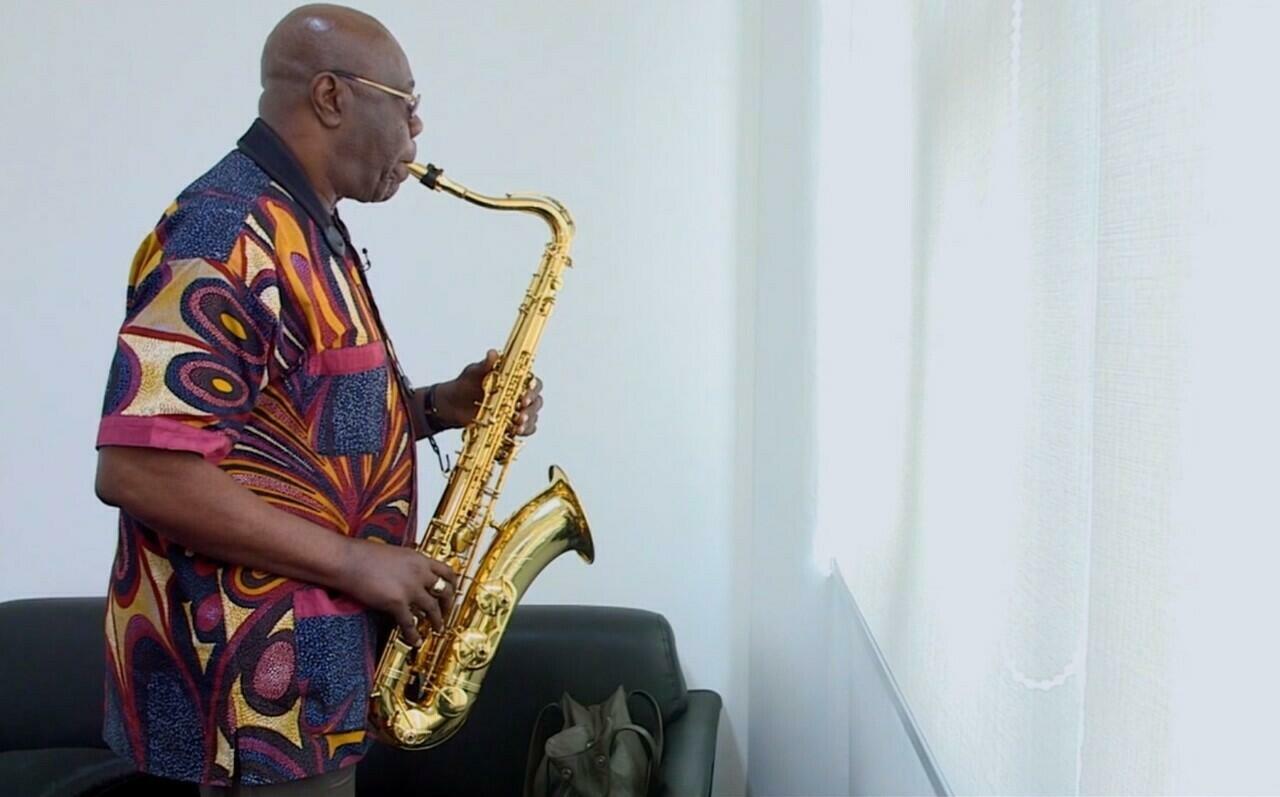 During the last five years of his life, Manu Dibango has traveled the world like never before to honor the requests of his admirers. Then in his eighties, he had become a pillar of The epic of black music and his aura aroused many invitations. In New York, Rio, Douala, London, Paris, he answered present and fed the sequences of a documentary directed by Thierry Dechilly and Patrick Puzenat. This film will be on French screens on October 20. The authors of this musical and cinematographic journey are our guests.

Behind his thunderous laughter, Manu Dibango rarely revealed his doubts, his weaknesses, his cracks. The eye of a camera will manage to perceive some intimate emotions of the conductor. Uncle Manu is not a biographical work, but the transcontinental stroll of a warm man returning to the lands of his youth. To find the college of Saint-Calais where he was educated in 1949, to survey the streets of Harlem where he was a resounding success in 1972 thanks to the title Makossa Soul, accept the honors of Abidjan where he conducted the Ivorian Radio Television orchestra in 1976, get lost in the Parisian clubs where he discovered jazz in the 1950s, all these moments of memory mark the stages of a thrilling life whose narrative force springs back before our tender eyes.

Manu Dibango gives an interview on Brazilian television in Rio de Janeiro in 2016.

Commented by a few witnesses and prestigious friends (Yannick Noah, Courtney Pine, Wally Badarou, Ray Lema, Omar Sosaâ€¦), this dive into the memories of Manu Dibango sheds light on his artistic journey over the decades. Suddenly, the composer, too often underestimated, shines and dazzles us. His rigor in the studio, his professional friendliness in the media, his solid presence on stage, his attentive altruism, his sincere humility, illuminate this endearing portrait. The little anecdotes and thoughts captured during the shooting surreptitiously betray the unique destiny of this talented saxophonist and vibraphonist who did not boast, did not boast, did not boast of having crossed paths with the greats of this world.

Manu Dibango in the studio is working on a composition by Cuban pianist Omar Sosa.

As stated in the 90 minutes of this breathtaking road movie, Manu Dibango used his notoriety to defend certain convictions: history, heritage, education, sharing, tolerance. His friend, the pianist Ray Lema, also notes, during a sequence shot in Rio de Janeiro, that the fusion of cultures is possible in Brazil when attempts at Afro-European rapprochement are still very timid, especially in the world of classical music. Manu Dibango has a few months later that perseverance bears fruit by presenting a â€œSafari Symphoniqueâ€ in Paris. This will be his ultimate challenge and the final touch of a rich and fascinating human adventure.

â–º To see: Trailer of the documentary by Thierry Dechilly and Patrick Puzenat. Portrait of an exceptional musician: Manu Dibango.

2021-10-17
Previous Post: Zaz talks about his difficulties in accepting to receive love …
Next Post: Becco Giallo, publisher of political and committed fumetti