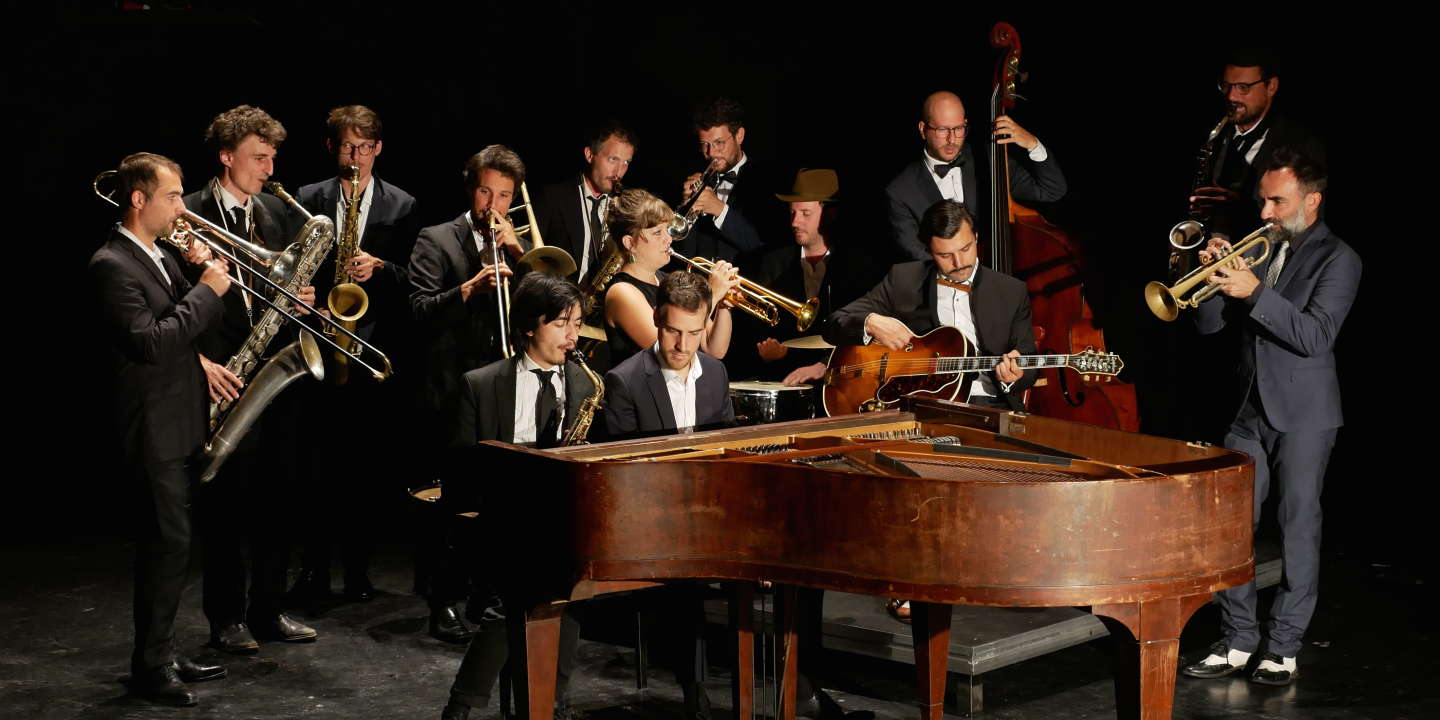 The Umlaut Big Band, a sounding board for Mary Lou Williams

Founded in November 2011, the Umlaut Big Band has established itself over the years for its attention to the early days of jazz. Without refraining from going back to the second half of the twentiethe century, to compositions and arrangements by artists who are sometimes unknown or forgotten, or to rare works of famous names. A first publication, Nelson jacket, in 2013, had notably celebrated Gene Gifford and Will Hudson. Then it was Euro swing, in 2015, document on European big bands, followed byEuro Swing vol. 2, about the influence that stays in Europe have had on the work of American musicians.

In 2018, the Umlaut Big Band was only interested in Don Redman with The king of the Bungle bar. Pierre-Antoine Badaroux, saxophonist, composer, arranger and artistic director of the Umlaut Big Band, we indicated that the orchestra was considering other musical biographies. Including one on the pianist, composer, arranger and conductor Mary Lou Williams (1910-1981), already briefly mentioned in Nelson jacket. The voice, in the form of the double CD Marie’s idea.

It is, as the booklet reminds us, “Around the age of 3 or 4”, that the American Mary Lou Williams begins to replay the note close to the tunes she hears. She took a few lessons, but her talent was primarily due to her memory and perfect pitch. She began playing in Pittsburgh, Pennsylvania, where her family had settled, then in the early 1920s moved from town to town. She married saxophonist John Williams in 1927, took part in his training, then that of saxophonist Andy Kirk, who would teach her musical writing and orchestration. She begins to compose for herself (Marie’s idea, here in several versions), and arrange for others.

Coming from blues and church music, passed through swing, Mary Lou Williams is interested in bebop, and evolves at the same time as jazz

In the 1940s, after a divorce, she remarried trumpeter Harold Baker, who played at Duke Ellington. She works with him, divorces again. Its composition Zodiac Suite, also found here, was performed by a symphony orchestra at Carnegie Hall, New York, in 1946. At her home in New York, musicians meet regularly. Coming from the blues and the church music, passed by the swing, Mary Lou Williams is interested in be-bop, evolves at the same time as the jazz, advances towards new forms, will go to free-jazz and will compose sacred music. Respected in the musical world, she remains little known to the public. In the 1960s, she founded a record company, a publishing company, and taught from the late 1970s.

You have 26.24% of this article left to read. The rest is for subscribers only.