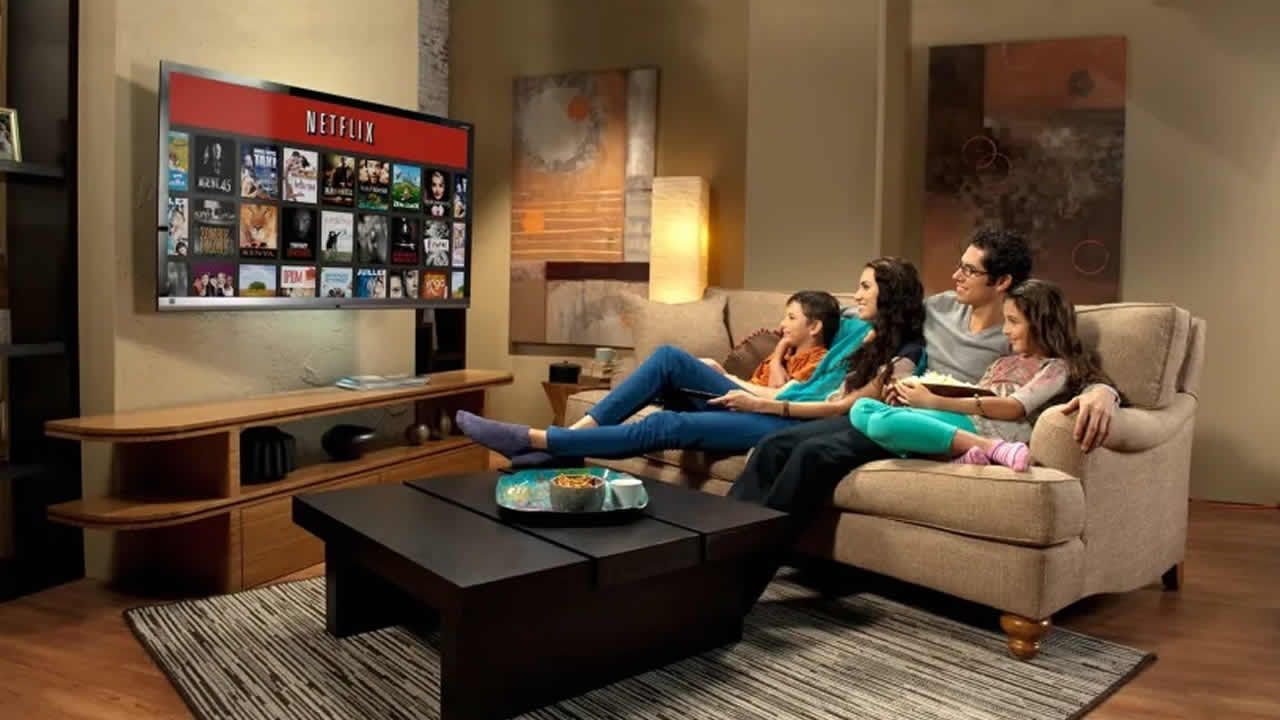 The Netflix favorites of Mauritians

Netflix hit hard during the month of July. The streaming platform has offered the second part of season 4 of the series “Stranger Things”. This one recorded 1.15 billion hours of views. Other releases include the video game adaptation “Resident Evil” and “The Gray Man.”

Varushka Mungra, from Floréal, watched the series “Man vs. Bee”, which featured Rowan Atkinson, better known as “Mr Bean”. And who says Rowan Atkinson says humor and a lot of fun. “It was enough to convince me to see this series. Rowan Atkinson on the bill was enough. For the fans, it’s an event when he releases a film. »

Admittedly, says the young woman of 20 years, the series is not comparable to the extent of the commercial success of “Mr Bean”. It remains interesting and can be seen with the family on Sundays. Moreover, “Man v Bee” is in the Top 10 series in Mauritius.

“It’s a satire on the exaggeration of wealthy people. The actor brilliantly plays the role of a kind and loving man who wants to get rid of a bee while guarding the luxurious mansion of an arrogant couple. It’s always interesting to watch a Rowan Atkinson movie. In addition, laughter is guaranteed. »

Kurtish Pirthee: “Stranger Things is more than a series, it’s an experience in its own right” 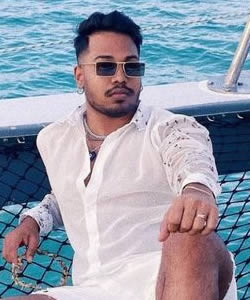 The second installment of Season 4 of the hit series “Stranger Things” is July’s unmissable worldwide favorite. Fans were chomping at the bit, to the point where when the last two episodes were released, a few minutes glitch occurred due to server traffic. And after viewing, fans were unanimous in saying that the Duffer Brothers, the creators of the series, did not disappoint.

Kurtish Pirthee, 20, does not say otherwise. “We wait three years for the fourth season of ‘Stranger Things’ which is extraordinary. We must salute the treatment of the characters who are more complex compared to the old seasons. The creators really found the best ones to bring them to life. As an audience, you can find yourself in some of them. They are so attached. The character development is amazing. I can’t stop watching the series. »

Le Curépipien notes the work done on writing, cinematography and attention to detail. “This series kept me spellbound until the end! The scenes are thrilling. Nothing is left to chance. The puzzles are all related to previous seasons and some hint at the development of the series in the next season,” he says.

According to Kurtish Pirthee, this series is for those who love comedy, monsters, 80s references, thrills and good music from that era. “I didn’t know all that time, ‘Stranger Things’ made me want to live, to play ‘Dungeons and Dragons’ and listen to Kate Bush over and over. It’s more than a series, it’s an experience in its own right. »

Keshav Meetun: “The performance of the protagonist in ‘She’ is breathtaking” 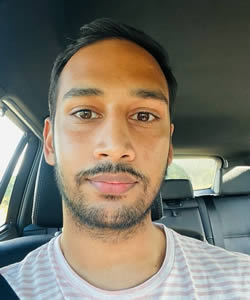 Keshav Meetun, 25, from Goodlands, is a fan of the second season of “She”, which aired on Netflix on June 17. This series by Indian filmmaker Imtiaz Ali tells the story of a shy policewoman who infiltrates a mafia network as a prostitute. She wants to extract information from a dangerous drug trade. The series charted in the Top 10 in 11 countries after its release.

“I liked the plot which was very fluid, the performances of the actors which were excellent. The portrayal of the protagonist, Bhumika, a simple girl turned femme fatale, was breathtaking! exclaims Keshav Meetun.

Thatiana: “The movie ‘Major’ made me think about the definition of a patriot” 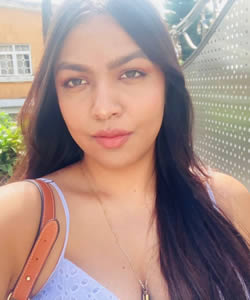 With “Major”, Thatiana says she made a great discovery. This Indian film, starring Adivi Sesh, is based on the life of Major Sandeep Unnikrishnan, who was killed in action during the November 2008 Mumbai attacks.

“This film appeared in my recommendations. I chose to watch it without the slightest expectation, because it’s not normally my kind of film. I didn’t expect to cry from start to finish,” she shares.

Thatiana was indeed pleasantly surprised and deeply touched. She says that this film gave her another perspective on life and the vocation of a soldier.

“This man was the very example of an honorable man, a true soldier, a son of the soil and of the fatherland. The film depicts the hard life the soldiers lead and the personal sacrifices they selflessly make for their countries. I had chills. In addition, it was very informative, because it allowed me to learn how soldiers are called to train, the procedures for registering, etc. It was very inspiring and made me think about the definition of a patriot. » 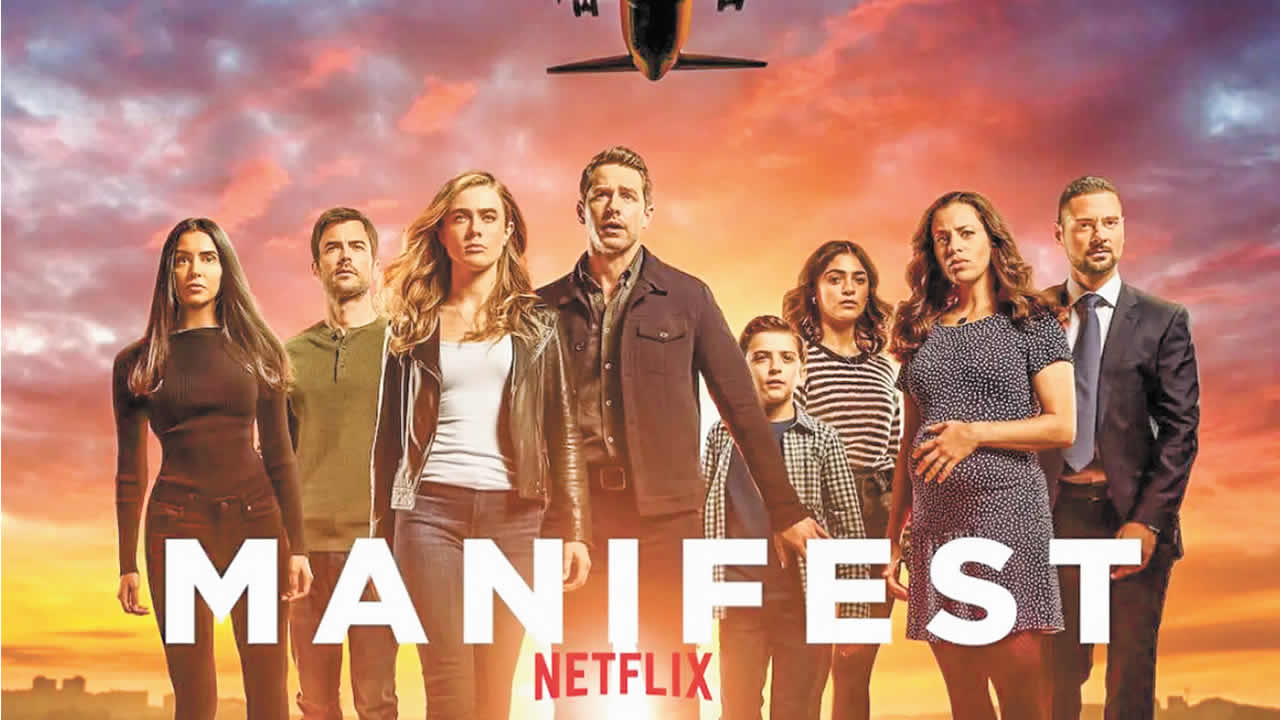 Topping the list is “Manifest,” an American fantasy drama series created by Jeff Rake, which first aired on September 24, 2018, on NBC. It revolves around the passengers and crew of an airliner who will reappear after being presumed dead for five and a half years.

“Stranger Things” is an American science fiction horror television series created by the Duffer Brothers and streams exclusively on Netflix. It continues to break records since the release of season 4. It has recorded 1.15 billion hours of views.

The American superhero television series “The Umbrella Academy” is based on the comic book series of the same name written by Gerard Way, illustrated by Gabriel Bá and published by Dark Horse Comics. Created for Netflix by Steve Blackman and developed by Jeremy Slater, it revolves around a dysfunctional family of adoptive sibling superheroes who come together to solve the mystery of their father’s death and the threat of an impending apocalypse.

“The Longest Night” (“La noche más larga”) is a Spanish television series. It is a prison thriller created by Víctor Sierra and Xosé Morais. The plot concerns the attempts to extract an inmate from the prison of Monte Baruca the day before
of Christmas.

The beast from the sea

The Sea Beast movie was produced in-house by Netflix Animation, with Sony Pictures Imageworks doing the animation. It tells the story of Jacob Holland, a legendary sea monster hunter, whose life is turned upside down when a young girl, Maisie Brumble, embarks on his ship. She finds an unlikely friend in a terrifying sea monster.

valley of the dead

“Valley of the Dead” follows a disgraced Spanish army captain who tries to salvage his reputation. During the Spanish Civil War, Jan encounters a group of militiamen as he tries to deliver a letter. The main protagonists recall the existence of a zombie epidemic and seek a way to escape.

The man from Toronto

“The Man from Toronto”, broadcast on June 24 on Netflix, is an American action comedy directed by Patrick Hughes. It tells the story of Teddy (comedian Kevin Hart), a failed athletics teacher on the Internet. He attempts to sell his boxing idea without contacting a gym owner. But the latter considers it absurd and rejects it. According to him, Teddy’s inability to design a marketing brochure proves that he is incompetent.

“Major” is an Indian biographical drama action film, released on June 3, directed by Sashi Kiran Tikka and shot simultaneously in Telugu, Malayalam and Hindi languages. It is based on the life of Major Sandeep Unnikrishnan, who died in action during the November 2008 Mumbai attacks. He was awarded the Ashoka Chakra, India’s highest award for bravery in peacetime, on January 26, 2009.

These novelties that were highly anticipated on Netflix in July

The hit series “Rebelde” returns with a season 2 on Netflix on July 27. This series is a reboot of the hit 2004 Mexican telenovela of the same name. The first season was released on the platform in January.

The Internet’s Most Hated Man

The release of “The Gray Man”, an American action film by the Russo brothers, was eagerly awaited. It has been available since July 22. With a production budget of $200 million, it is Netflix’s most expensive film ever. Starring are Ryan Gosling, Chris Evans, Ana de Armas, Jessica Henwick, Regé-Jean Page, Dhanush and Billy Bob Thornton, among others. A second part has been announced.

“The Walking Dead” is back for the 11th and final season. The third and final batch of eight episodes has been available on Netflix since July 23.

Shania Twain Not just a girl

The musical documentary “Shania Twain: Not Just a Girl” arrived on Netflix on July 26. Known for hits like “Man! I Feel Like A Woman”, “From This Moment On” and “You’re Still The One”, the Canadian musician has sold over 100 million records. She is the “Queen of Country Pop”.