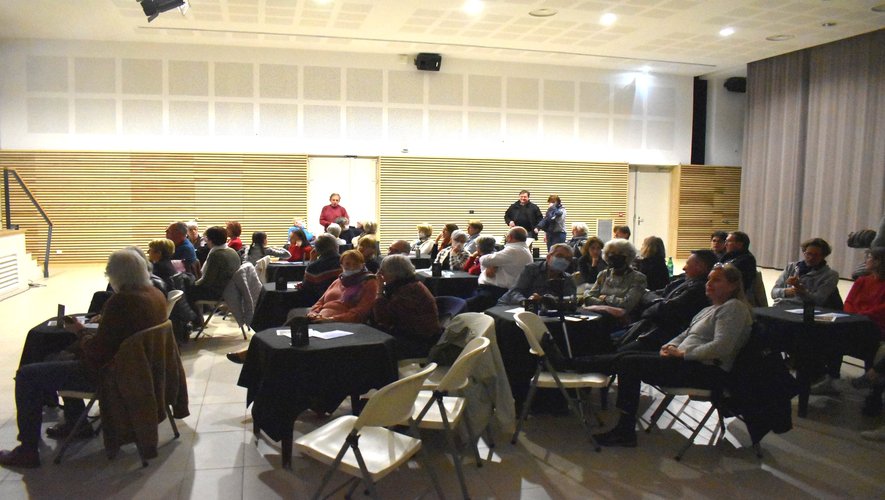 A woman alone on a set who declines text, songs, puts them in space, sketches a few dance steps while accompanying herself on the guitar… What could be more attractive and entertaining during this Easter holiday period than this complete show hosted by Simona Boni from the Grasparossa company invited by the cultural commission of the Roquettoise municipality. A theatrical show, tasty and jubilant, a real one woman show which many spectators attended this Friday, at the Espace Jean Ferrat. A live performance that left no one indifferent. Na’Ni is the narrator, that’s what her grandmother called her. This dialect takes him directly to his Italian roots. She finds this time when she sang and danced at the top of her lungs on the manhole cover, in front of the water tower, like on a real stage. Her grandmother with her friends, sitting on the low wall in front of her, was her first audience, said the actress. That’s what Na’Ni wanted to do all his life. Play, sing, vibrate. She feeds on what she loves: music, stories, her distant idols and their biographies: Joséphine Baker, Kiki de Montparnasse, Carmen Amaya, Mistinguett. The public spared no pleasure, often intervening with loud applause. An hour and a half of theatre, dance, music and song, Na’Ni is sublime in her role, said the public while signing the guestbook, thank you she said for this beautiful evening that you gave me, s addressing the public!