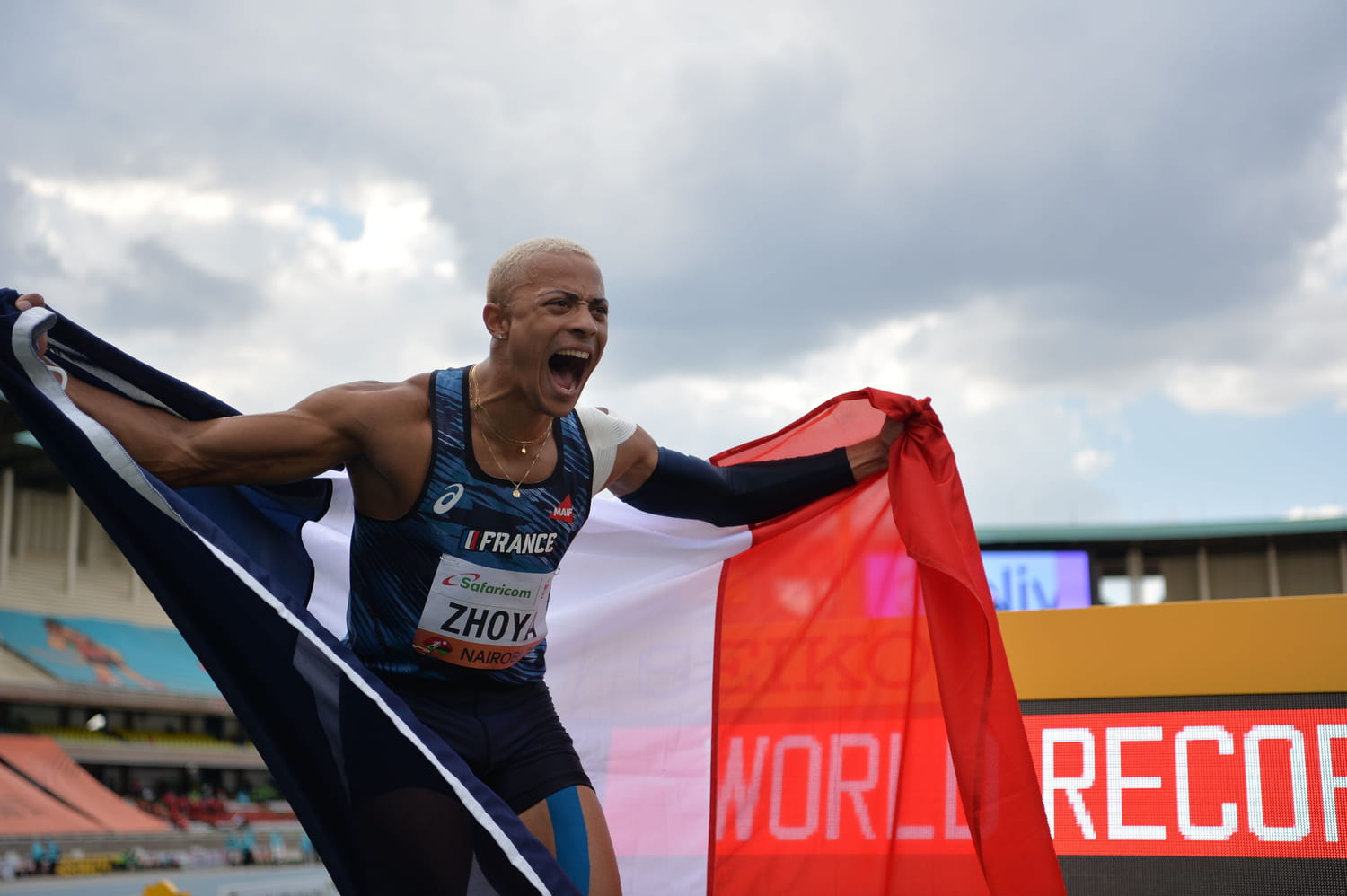 pole, 110m hurdles… Who is the Frenchman?

SASHA ZHOYA. For her very first international competition in the elite, Sasha Zhoya comes without pressure, but could burst in the eyes of the general public.

For those who don’t really follow track and field, his name won’t tell you much, but for purists Sasha Zhoya is one of the next stars in track and field. Before being naturalized French, Sasha Zhoya was courted by several countries, but it is good for France which will contest its world firsts. A specialist in the 110m hurdles, but also in the pole vault, the Frenchman is in the United States without pressure after a difficult year.

“Patience is not my strong point, but this year he had to be patient, it’s part of the performance, I’m learning. I needed time to get up to the other hurdlers, at least in terms speed, I’m not there yet from a technical point of view (…) Over there (at the Worlds Editor’s note) I will have fast opponents, that’s good that forces me to go as fast as them. They’ll say to themselves, it’s the little one. It’s true that I’m a first-year hopeful, I don’t have too much pressure. On the other hand, they have pressure, if I get into the final with them. They must not be hit by a hopeful who has just started the hurdles at 106cm. Nevertheless, of course I want to be on the podium. The final will be my comfort zone, where anything can happen. For to be world champion, you have to run in less than 13 seconds I think, it’s going to be hot. After the junior championships last year, I discovered another world here, much more serious. There, it’s another my de, it forces me to adapt this way of life.” To follow its performance, it will be necessary to connect to the antennas of France Télévisions on Saturday July 16 from 8:25 p.m. for the series before the semi-final on the night of Sunday to Monday at 2:05 a.m. before the final at 4:30 a.m.

Sasha Zhoya was born June 25, 2002 in Subiaco, a suburb of Perth, Western Australia, to a French mother and a Zimbabwean father. The young Sasha began athletics at the age of 8, following his older sister Munashe (born in 1997) and pushed by his mother Catherine, an athletics coach in Perth. At 14, he joined the Australian Institute of Sport and was licensed to his mother’s club, Melville Little Athletics. He also tries his hand at other sports, such as surfing, ice hockey, tennis or even horse riding, while practicing dance and in particular ballet at the same time.

In 2017, Sasha Zhoya decided to give a new impetus to her sporting life and left Australia, her country of birth, to join the city of origin of her mother, Clermont-Ferrand, aware that it was in France that she he will be able to progress the most. The athlete took his license at the Clermont Auvergne Athlétisme club and wasted no time in registering with INSEP at the same time. Divided between three countries (France, Australia and Zimbabwe), Sasha Zhoya has chosen to represent France at the start of 2020 and joins the “Athlé 2024” system, set up by the French Athletics Federation to support the hopes of athletics. French for the Paris Games.

At this time, it has already been several months that the prodigy panics the times and multiplies the performances among the cadets, whether on the track or with a pole, offering several French records. Among the juniors, from 2020, Sasha Zhoya then broke the world record for the 60m hurdles then that of the 110m hurdles at the world championships in Nairobi, where he won the gold medal over the distance. Passed to the seniors in 2022, he qualified for the Worlds of Eugène (United States) while winning his first title of champion of France, in June.

Sasha Zhoya’s mother, Catherine Larbiose-Zhoya, is French, as she was born in Clermont-Ferrand, Auvergne. His father Yonah Zhoya was born in Zimbabwe and now lives in South Africa, where he teaches music.

Possessing three nationalities (France, Australia and Zimbabwe), Sasha Zhoya had to make a choice in 2019 on which country to represent at the international level among seniors. After quickly dismissing Zimbabwe, his father’s country of birth, he chose France, where he has ties through his mother and where he was sure he could find a good environment to progress in his discipline, unlike Australia.

An outstanding athlete, Sasha Zhoya specialized in the sprint and more particularly the 110 meter hurdles, after having practiced many disciplines. He has also competed in classic sprint events, such as the 100 meters or the 200 meters and it is not excluded that he will participate in the future in team events on these distances during international championships. But hurdles are the format he loves and which challenges him: “What I like about hurdles is the technical aspect, he confided in early 2022 during an interview with the Red Bull brand. I have to constantly apply myself.”

Sasha Zhoya combined the sprint events with the pole vault during her youth, until cadets. In 2019, he broke the French record for his age category with a successful jump of 5m32, before achieving the best world performance among cadets a few weeks later with a successful jump of 5m56. This is his best personal performance. But the French athlete did not persevere in this discipline, which he does not currently practice in competition.