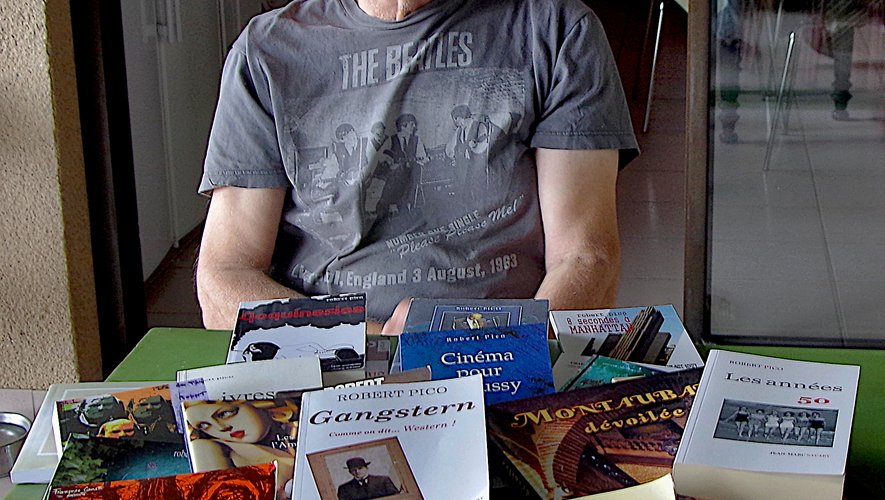 Montauban. Robert Pico, the life and work of a brilliant jack-of-all-trades

the essential
The writer, singer-songwriter, musician and humorist received “La DÃ©pÃªche” at his home in Lamothe-Capdeville to develop a career rich in artistic encounters.

Writer, singer-songwriter, musician, great traveler, humorist, Robert Pico received us in his repairman on the heights of Lamothe-Capdeville. He has a deep love for America, rugby, jazz, country, culture, and women of the 16th (he dedicated a song to them). Sapiacain by birth and heart, bac in his pocket, he returned to Sciences-po Paris to become a journalist.

After three years of study, luck made him cross paths with the artistic director of Gilbert BÃ©caud. At the end of the dark years of the Algerian war, it is the age of all possibilities, of friends, of shortening skirts, of the first step on the moon. We called the singers by their first name, they shouted their joie de vivre by singing and twisting.

The handsome Robert Pico evolves among this “great family of people in the trade”. He signs contracts with the biggest houses (PathÃ©, Vogue, RCA), crosses paths and collaborates with Nougaro, Sylvie Vartan, Gainsbourg, Dalida, Elvis Presley but also Delon, RÃ©gine, Bourvil, Audiard and Mireille Darc. He released eight 45s and won the Grand Prix de la Sacem for his song “La valse de Chopin”. Pierre Perret wrote on the back of the cover of one of his vinyls: “He’s an anarchist seraph in the starry sky of the song yÃ©-yÃ©, he writes his lyrics, buy his record or steal it!”.

He married the very beautiful and luminous Manon and returned to the country in the 1970s. He created the company of writers from Tarn-et-Garonne where he met another talented Montalbanian, Philippe Labro. His need for writing was more present than ever, so he began a literary career made up of novels, essays and biographies.

He will write about the 50s, on the story of Serge Gainsbourg’s father, pianist and painter whom he knew very well, he will return to his Parisian past of the sixties in “PÃ©tÃ© de thunes” (title of his first song), will tell the life of the Tarn et Garonnais Antoine de Lamothe-Cadillac who was the first governor of Louisiana. His latest novel takes us back to the America of prohibition “Gangstern” (a nod to the western) and traces the journey of gangster Kenny Braco who crosses paths with Al Capone, Butch Cassidy, Buffalo Bill, Pancho Villaâ€¦ Robert Pico has published about twenty books. He loves humor and words, his latest book is a “fictionary” (published by Glyphe), a dictionary of fictitious words for laughing and thinking. He crossed paths with Guy Bedos who appreciated his humor.

When asked what drives him, he answers without a shadow of a hesitation “passion”. But also discretion, modesty, talent, kindness and love of words, music, literature, his three children and his wife. This quote from Albert Camus suits him so well: “The four conditions of happiness: outdoor life, love, lack of ambition, creation”.

2021-10-01
Previous Post: Why are social features so important in an app?
Next Post: How Tolkien’s Work Evokes the Tragedy of Environmental Refugees