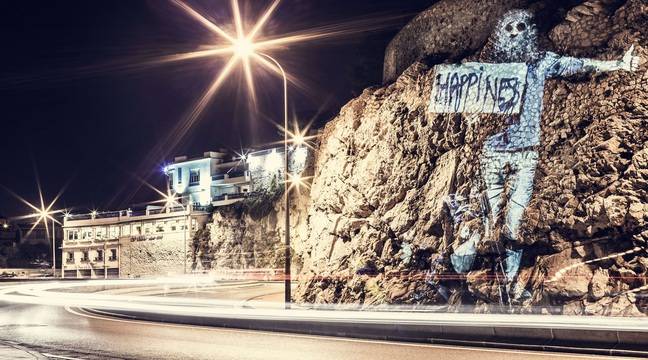 “Marseilles, cursed city, it is two poles, the rejection and the attraction”, explains a sociologist

How are the bad reputations of certain cities built? This is the question that occupied the sociologist Cesare Mattina, and eight other researchers, in Curse the city, collective work published by Ã‰ditions Septentrion. Analyzing the cases of Marseille, Chicago, Naples, Montreal and Glasgow, the academics dissect the mechanisms by which the accusations of the phenomena, banditry, patronage and corruption, however the work of individuals, are prolonged in a stigmatization of the city itself.

Why study the bad reputation of certain cities?

Basically, is this reputation, this â€œblack legendâ€ you write, as a city of banditry, corruption, patronage, unjustified?

This is not what we wonder in the book. I do not know. The goal is to go under the actors and under the rhetoric. Who is building this bad reputation? Denouncing ? Afterwards there are certainly, objectively, phenomena of corruption and patronage. But is it more or less than in other cities? It is for comparative research to say so.

How is the transfer between facts that concern the reputation of certain people and the city?

It mainly goes through the vocabulary. For example, there is an interview with prosecutor Dallest [en fonction en Corse, puis Ã  Marseille entreÂ 2008 etÂ 2013] when he leaves at the end of his term. The journalist asks him what he will miss the most in Marseille. He answers : ” [â€¦] I have found interesting, warm people in Marseille who share the image the city reflects and need to change. But it is also up to the Marseillais to abandon their old demons: bad habits, laxity, facilities, this patronage. [â€¦] It is astonishing how hard, violent territories are sometimes located in exceptional sites. Like Corsica, like Marseille * â€. There, he does the job for us, we just have to comment on the essentialization that is done. It only reflects his sensitivity but it participates in a very emotional rhetoric that comes completely from judicial work, we are in the construction of a story from the part of a magistrate.

When do these essentializing images go back?

From the end of the 19th century, there are images around, roughly speaking, the laziness of the South, often coming from the Parisian press which takes support from investigations following small scandals of elected officials or then on the mismanagement of the city. This was the case after the fires in the Galleries Lafayette in 1938, which led to the city being placed under supervision.

When Macron comes in September 2021, does that fit into this story?

In part, yes. There is always somewhere this spirit of denunciation which comes from the Parisian elites which is present, which is strong, in particular when Macron says “you, the elected officials of the City and the Metropolis, were going to start working together”. But, in this case, it was less violent than at the time, because it is tinged with a certain paternalism and also of an attempt to reverse the stigma, by saying “Marseille does not deserve this. “.

Paradoxically, Marseille has never been so attractive, doesn’t this cursed city side also attract a certain category of the population, young, creative?

There is always a back and forth between these two aspects, an ambiguity, an ambivalence. This cursed city is two poles, rejection and attraction. There are people who come with negative images and want to overturn it and even go beyond it. There is also the internal construction of a positive image. Jean-Claude Izzo, for example, it is the literary construction of the reversal of the stigma. In saying, there are problems, etc., but there is also beauty. It leads to a re-enchantment of the place.

Why has Marseille failed to create a positive story?

It exists, we just talked about it. But he’s never alone. And when tragic events happen like a settling of scores or a political affair, it starts again very strongly in the stigmatization, and sometimes in the essentialization. The question of cosmopolitanism from time to time comes up as a positive thing. But the discourse of stigma is much older and more entrenched.

Studying these cities in the same book, isn’t it reinforcing this stigma, Marseille is Naples, it is Chicago?

(Laughs) No because it’s not just that. It is about virtuous Glasgow in this book and Montreal too. These two cities are considered very virtuous times and others less so.

What must he definitively reverse this bad reputation? And if not, what developments can we expect?

As long as Marseille is a platform for Mediterranean banditry, no more unlike the 1950s and the French, there will be a certain continuity in this presence of banditry, and therefore of the recurrence of this denunciation. The rise of the extreme right’s denunciation of these phenomena as an anti-suburb, anti-immigration, anti-Islam argument could in the future lead to a radicalization of the stigmatization of Marseille. And go from a banditry, always very essentialized, no longer Corso-Marseille, but now suburbs and therefore Arabs. That is possible, and what we see in Zemmourian and Lepenist speeches.

* Interview by Luc Leroux, “There is no mafia, there is mafia behavior”, Provence, July 1, p.4.