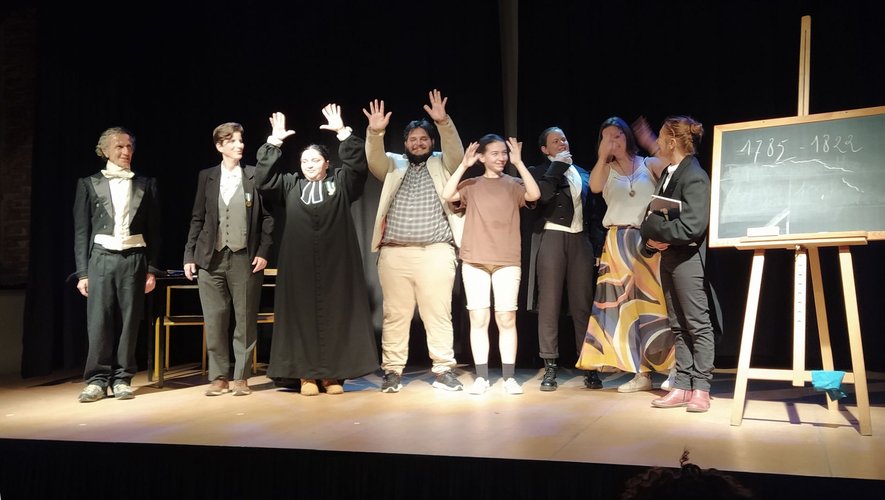 Le Fousseret. The actors of the bicentenary of the death of Abbé Sicard congratulated

The weekend of May 15 was marked by the commemoration of the bicentenary of the death of Abbé Sicard (1742-1822), who had an extraordinary destiny. Born in the middle of the 18th century in Le Fousseret, he was a man of great modernity (read our previous editions).

A wreath was laid at the foot of his stele in the presence of many people concerned with deaf culture, a small number of Fousseretois, Fabrice de Comarmond, representing the Occitanie region and Loïc Gojard representing the departmental council. The biographical details have been reduced by Françoise Bonnal-Vergès, author of the exhibition and of a book retracing the life and work of Abbé Sicard. This exhibition constituted a section of the heritage space which is in preparation.

The mayor, Pierre Lagarrigue, thanked all those who participated in the smooth running of this event: Françoise Bonnal-Vergès, Guy Bergès and Mireille Puisset from Savès-Patrimoine, Élisabeth Saint-Paul, from the association Terre-Mère in Occitanie, Audrey Boschung of Cœur de Garonne, members of the deaf community and in particular Marylène Charrière, president of the ACT’S association and members of the theater troupe, Jean-François Piquet, animator of the sign language workshops, Juliette Dalle and Loïc Ambert who have accepted to voluntarily visit the high places of this bicentenary, Vincent Rouard for his intervention on Amerindian civilization and on the sign language of the Indians of the plains, Patrick Gache and Gaëlle Madelaine, the French/French Sign Language interpreters, who allowed perfect and friendly communication between the deaf and the hearing as well as Nicolas Filippi, Pierre Sentenac, the municipal agents and the elected officials who vestis to make this event a success

In recognition of the work accomplished, the mayor presented the medal of the city of Fousseret to Françoise Bonnal-Vergès for her research, her productions and her participation and to France Amiel for the organization of the event. He congratulated Mélanie Forné for the quality of the graphic documents she created.

2022-05-31
Previous Post: Fintechs increase exposure to gig economy workers as inflation increases demand for loans
Next Post: Bradley Cooper dresses up as Leonard Bernstein for the filming of Maestro