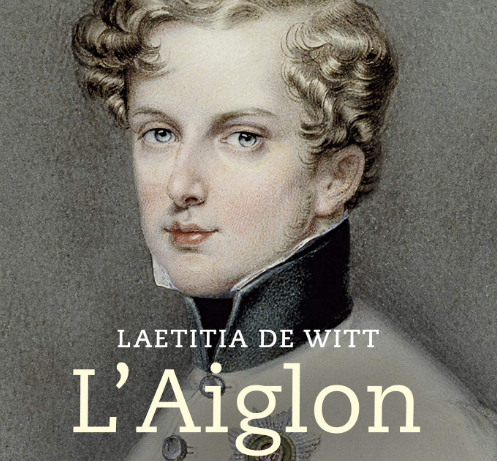 “L’aiglon, Napoléon’s broken dream” by Laetitia de Witt: a portrait of the Emperor’s son, a historically reliable and warm human being

The child born to Napoleon and Marie-Louise in March 1811, titled King of Rome, should have been Napoleon’s incarnate dream: to found a dynasty. But the dream turned into a nightmare. If the author takes up here the historical elements already treated by renowned historians certainly but already old (among others Jean de Bourgoing, Frédéric Masson, Octave Aubry, Henri Welschinger) she brings a completely new look at a character with a tragic destiny, too often reduced to her legend, which she also explains how it starts. She divides her study, in a comprehensive way, into four parts: the imperial heir; the exiled prince; Duke of Reichstadt; from politics to legend. She attaches great importance, not without reason, to the people responsible for the education of the young boy: the governess, Madame de Montesquiou, then the governor in Vienna Maurice de Dietrichstein (the author has had access to his correspondence).

It also improves the image of the Empress Marie-Louise, who undoubtedly had many excuses for not being an exemplary mother… as well as that of the Emperor of Austria who had every reason not to not leave autonomy to his grandson while not holding him prisoner as has too often been written. Each period of childhood, adolescence, youth, until death (Napoleon II died at age 21 in 1832) is meticulously documented and related. It ends with “the revenge of posterity” evoking both the immense success of Edmond Rostand’s Aiglon and the dismal return from the ashes to the Invalides desired by Hitler.

Laetitia de Witt knows how to move from one register to another perfectly: she has the art of summarizing the major historical events, without too many details, to allow the reader to properly situate the context; and, conversely, she knows how to give just enough detail on the daily life of the characters (details of clothing, food, excerpts from letters, etc.), to make them come alive and, most often, endearing .

The book also offers reproductions (a dozen) of the main paintings of the young prince, often commissioned for imperial propaganda. Because the author knows how much the iconography attached to the Aiglon shows itself to be a historical element in its own right.

We can regret the absence of a family tree for readers who would find it difficult to locate who is who, both in the Bonaparte family and in that of the Habsburgs, knowing that Napoleon had 4 brothers and 3 sisters, that François 1er d’ Austria had 4 wives and 13 children, and all had descendants!

No book on the Aiglon had appeared for more than thirty years. This one has every chance of making an event: thanks to recent works and new documents, Laetitia de Witt offers a complete study (with 30 pages of notes), unraveling the myth of History. Above all, we will appreciate her attitude: she does not accuse, she does not condemn anyone to loathing (unlike other historians who “assassinated” Marie Louise or François 1st of Austria…), no, she, without bias , seeks above all to deepen the psychology of the characters, to better understand the reasons for their choices and their attitudes. Knowing that no one is all white or all black, she brings useful nuances. Thanks to this, she gives us a portrait that is both rigorous and moving, historically reliable and humanly warm.

“For a long time, French historians, especially those at the dawn of the 20th century, reduced the educational program of Napoleon’s son to a political maneuver by Austria aimed at transforming him into an Austrian prince; a method in their eyes unsustainable in a context of revenge on Germany. This judgment makes us forget the essential, that is to say the good quality of his training. They claim that they have made him forget French and conceal the major place given to languages ​​in a education which appears in every respect in line with that of the princes of his time. It remains to be seen what behavior the young student adopts in the face of an education that is demanding to say the least. (p. 256)

Among the conflicts that gradually gnaw at the young prince is that between his thirst for action and his deep respect for the established order. Make no mistake about it. If it is wrong to say that his father’s story was hidden from him, let us remember that his whole education consisted in proving that the qualities which enabled Napoleon to rise are also those which recalled his fall, to start with his excessive ambition. … Franz, for several months, experiences phases of exaltation that turns into despair born of expectation. There are indeed two opposite personalities in him. The public one, of the Austrian prince subject to the imperial will and who leads a fairly satisfactory court life, made up of walks and balls. On the other side, there is the hidden personality, that of the man who opens his heart to Prokesch (his Polish friend), who reveals his sensitivity, his reflections, his desire to act and his fears of being inferior. to a race. That one trembles with anguish and expectations…” (p. 340)

Although a young historian, Laetitia de Witt, holder of a doctorate in history, is not her first book since she has already published Le Prince Victor Napoléon (Fayard, 2007), a remarkable biography of her great-grand -dad. This means that related to the Bonaparte family, she grew up among “Napoleonic memories [qui] accompanied my childhood without my paying any real attention to it” (Prince Victor Napoléon is the youngest son of King Jérôme, brother of Napoleon, and of Catherine of Württemberg), a relationship which in no way harms his objectivity…

2022-07-21
Previous Post: No, these images do not show Bernard-Henri Lévy with “jihadists” in Mali
Next Post: How Egyptian superstar Mohammed Imam still lives in his father’s shadow