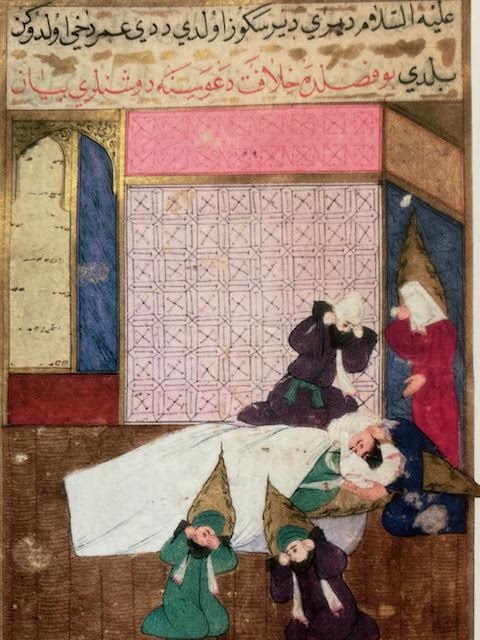 In an excellent and well-documented book, “The Last Days of Muhammad”, Tunisian academic Hela Ouardi explores the oldest and sometimes the most contradictory Sunni and Shiite sources in order to identify the human image of the founder of the Muslim religion. On the threshold of his life, the Prophet was completely surrounded and weakened by seraglio rivalries exacerbated by quarrels over succession.

Reading this book, which has not been translated into Arabic and banned in Senegal, is fascinating in more ways than one. In addition to the story of the end of a powerful man, at the center of multiple lusts, the description of these few months sketches a dispassionate history of Islam, by “opening blind spots erased by sacralization in order to restore to the characters their thickness. Â», As the specialist in Islam, Gilles Kepel explains.

Hela Ouardi sheds light on the history of the origins of Islam and the formation of the future caliphate, by announcing the internal violence already at work during Muhammad’s lifetime. This research provides a better understanding of the major divides in the Muslim community, which is still present today. The university opens to a very contemporary reflection on the construction of a collective memory and its challenges.

In Medina in the year 632 and under the oppressive sun of Arabia, time seems to have stood still. The prophet of Islam has breathed his last. Around him, his followers tremble at the idea that the end of fashion has arrived. What did Muhammad die of? Why was he not buried immediately? What was the attitude of his companions? What about his family? Had he organized his succession?

Hela Ouardi, professor of literature at the University of Tunis tries to answer it from the reading of the Koran and the sources of the Muslim Tradition, mainly the enormous corpus of hadiths and the biographical accounts as well Sunni as Shiite, sources far from being unanimous, often contradictory but not always. Sources collected? The author devotes a chapter to it entitled â€œMuslim sources: writing history or telling stories? Â»They are more than a century after the life of Muhammad, for the most part stories constructed in a context of civil war in order to found a sacred and fear political power. Seeking to go beyond the illusion of historical truth to question the representation of the facts is then the most interesting track to cross an â€œimpossible biographyâ€ of the last Prophet days.

From then on, Hela Ouardi’s work is based on a careful comparison of sources. ” In my book, I am not inventing anything. All the stories that I relate, the least anecdote quoted, is repeated on several sources of Tradition, Sunni and Shiite â€. When the accounts are concordant, the probability of a “horizon of truth is greater”. It is also remarkable to note that one can find in the works of Tradition very severe portraits of the Companions or of his family, even in apologetic works, a form of distance from the sacralization.

HÃ©la Ouadi reconstructs chronologically the last months of the Prophet from 631 to June 632, the date of his death, and particularly the “puzzle” of the last week. This makes the book easy to read, like a novel, for a large Muslim or non-Muslim audience.

The description of these last two years is very dark for Muhammad who sees his authority weaken on different scales, in particular because of the military failures. The book opens with the difficult times of Tabuk’s expedition in 631, to counter the Byzantine Empire in the hope of reclaiming Jerusalem. This expedition follows that of Mota in 629, where Muhammad’s army was routed. This failure was badly experienced by the believers who saw themselves as the invincible soldiers of Allah, and damaged the prestige of the prophet.

The end of the Prophet’s life is pronounced by assassination attempts. It is on the return of the expedition from Tabuk to Medina that a first attempt takes place, known as the conspiracy of al Aqaba: it is to kill Muhammad by unseating his camel in a steep path with a jet. of stones. The attack fails, soon followed by a second attempt to return from the pilgrimage to Mecca. Same strategy, same failure. But who are the conspirators? Difficult to answer. The Shiite Tradition accuses its Companions, in particular Abu Bakr and Umar, who would not have accepted the designation of Ali as successor (hadith of the pond of Khumm). Tradition agrees on the fact that Muhammad, through political pragmatism for HÃ©la Ouardi, did not wish to punish the culprits even though he knew them: to involve and punish very close relatives would have weakened his prestige. 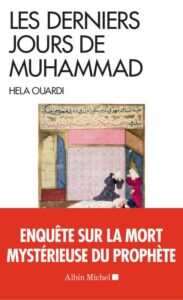 It is also the time when a part of Arabia refuses to recognize the authority of Muhammad to cross the movement of the false prophets. Three false prophets gathered many followers around them and the apostasy movements spread in an Arabia not completely Islamized at the time of the disappearance of Muhammad, movements which were later repressed in blood by the first caliph.

It is therefore a context of political crisis for the prophet, an atmosphere of the end of his reign that Hela Ouardi sets up on the eve of Muhammad’s illness. The divergent character of the sources gives him a multifaceted face, between ignorance and contradictions about his origins, his age, his wealth or the misery in which he would have lived, his marriages of love or reason. draws a portrait of Muhammad, infinitely touching because it came out of legend to be returned to his human condition, with his qualities and his faults.

The Prophet, it seems, was a handsome man, with large black eyes and thick hair, white teeth, concerned about his hygiene and his beauty, of solid constitution despite frequent migraines, and a good living.

He was also a man devastated by the death of his son Ibrahim at 20 months in January 632, son of his beautiful Coptic concubine and the only male descendant at the time.

Finally, he was a man in love, at the head of an important harem: tradition attributes to him 13 to 15 marriages, all concluded after the death of Khadidja his first wife.

The harem was turbulent, dominated by internal jealousies and power struggles. Jealousy in particular between Aisha the favorite, daughter of Abu Bakr, strong personality, intelligent and cheerful, and her main rival the beautiful Zainab Bint Jahsh for whom Muhammad fell in love at first sight. Hafsa, daughter of Umar, influential in the harem, will ally with Aisha in order to push the ambitions of their respective fathers, the future first caliphs. Hela Ouardi underlines, during the agony of Muhammad, the complicity of the girls with their fathers and the maneuvers of these to ensure them the power.

To these women of the harem, we must add his darling daughter Fatima, wife of Ali, mother of 2 very beloved grandchildren, Hassan and Hussayn. Muhammad will repeatedly endeavor to iron out the difficulties of the Fatima / Ali couple and the very conflictual relations between Aisha and Fatima.

As a lucid man, the Prophet had a presentiment of his approaching end and expressed it in front of the crowd of the faithful in his speech of the Farewell: â€œOh God, have I fulfilled my message and completed my mission? “. He also anticipates divisions in Islam, as several hadiths indicate: â€œ what I fear above all is the rivalry that will arise between you after my death “. p182. He also says he is spied on and threatened, perhaps even by relatives.

The disease starts in May 632 and the agony will last about 15 days. Very painful agony, Muhammad suffering from very high fevers and terrible headaches. Ouardi reconstructs in detail, day after day, the last week and the burial, by confronting particularly abundant but confused and contradictory sources, starting with the causes of the disease: pleurisy or poisoning? The two theses have their inconsistencies and their supporters.

On Thursday June 4, 632, a week before his death, Muhammad asked to write or dictate his will. This request is refused to him by Umar on the pretext that the book of Allah is sufficient. As a result, no successor is expressly appointed.

Sunday, the eve of his death

On Friday, three days before his death, Muhammad was no longer able to lead prayers in the mosque. Did he or did he not appoint Abu Bakr to replace him? and if so, does this designation constitute inheritance? Yes for the Sunni sources, unanimous in affirming that the choice of Muhammad fell on Abu Bakr, which will then allow him to legitimize his accession to the caliphate. The direction of prayer then merges with the direction of the community, the mosque becoming the central place of power.

On Sunday, the day before his death, Muhammad’s entourage wanted to administer a remedy for pleurisy to him. He refuses, gets into a violent anger and forces his relatives to test the drug. This episode again shows Muhammad’s level of mistrust of his closest circle.

On Monday, Muhammad dies. Both Shiite and Sunni tradition agree on the fact that contrary to the customs and the instructions of the prophet, the burial takes place only late and at night, in the absence of Abu Bakr and Umar, the two future first caliphs.

To these astonishing absences, the author gives some possible explanations, even though Tradition seems silent on this point: it could be a denial of the death of the prophet, because of the expectation of a resurrection or of the death. end of time in an eschatological vision; but Hela Ouardi suggests instead a political maneuver, giving Abu Bakr time to seize power by removing Ali.

Hela Ouardi at “la Grande Librairie”, the magazine of France 5 in Paris which is the major meeting place for literary news in all its forms. At Par! S