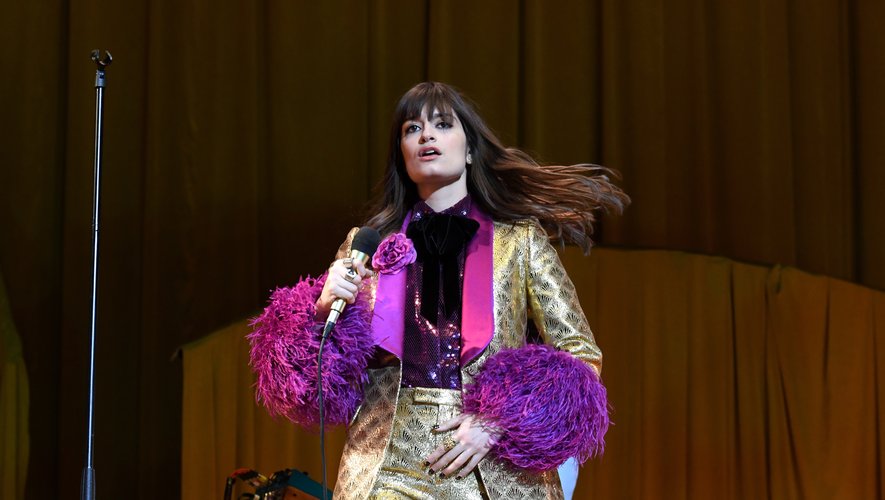 the essential
She enchanted our spring at the Zénith. After Montauban, Clara Luciani participates, Friday, July 8, at the Pause guitar festival, in Albi. Before returning to Toulouse in November.

Released a year ago, his second album, “Heart”, exceeded 200,000 copies sold and continues to win over a large audience. Clara Luciani wears it with efficiency and shimmer on stage, as we saw on March 2 at the Zénith de Toulouse. There were still a few adjustments to be made, the sound being mediocre and the ideas of “communion” with the public sometimes outdated (like this couple invited to declare their love on stage – ridiculous and embarrassing).
For the rest, the evening had been full of charm and wildly dancing, which the many Toulouse residents got busy this evening in Albi, at the Pause Guitar festival, will be able to discover in turn. The young lady will be on view at 8:30 p.m., after Ayo and before Julien Doré then Angèle.

In love with “Children of Paradise”

In line with the title of Clara Luciani’s album, it was logical to ask her what her cultural favorites are.
On the music side, Clara Luciani remains on the lookout for stimulating novelties. She fell in love with the young singer who calls herself November Ultra. “She got my attention and provoked my admiration. I really like his musical and visual universe. I find it very inspiring. It goes through a very unique voice, which transports you, makes you vibrate. »
In terms of cinema, Clara Luciani has not flushed out a small arthouse nugget, she who has nevertheless filmed in “Le choc du futur”, by Marc Collin, a film about the world of music in the 80s, released in June 2019 and went completely unnoticed. She prefers to summon a pure jewel, of those who cross time with grace. “I finally saw Les Enfants du Paradis (by Marcel Carné, 1945, editor’s note). And since then it has become an obsession. I have the impression that this film had a lot of influence on Jacques Demy. As for Arletty, I adore her, she is wonderful. I saw her again in Hôtel du Nord. Why did I wait so long to discover such masterpieces? »
On the book shelves, Clara Luciani does not tell us a story. She returns to what is her passion: music. “I have just read Paul McCartney’s biography by Philip Norman; a big block. I’m a very big MacCartney fan; he has always been my favorite artist. And I’m delighted to learn a lot of new things about him. »

2022-07-07
Previous Post: “A sky of stones. Voyage en Atacama”, by Matthieu Gounelle: the melancholy of meteorites
Next Post: What Michigan’s Abortion Ballot Proposals Would Do