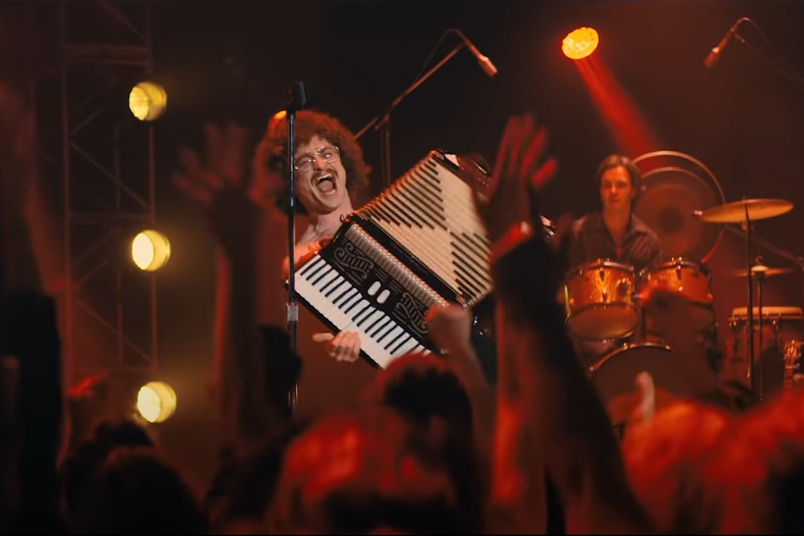 
Very curly hair, a well-trimmed mustache, Hawaiian shirt and large aviator glasses: here is Daniel Radcliffe transformed into “Weird Al” Yankovic in the trailer for the biographical film on the life of the master of sung parodies.

In the images unveiled on Tuesday, we see the interpreter of Harry Potter being acclaimed on stage like a rock star as he plays the accordion. The room like a surgeoncomedic cover of like a virgin by Madonna, accompanies the short trailer.

The Roku-produced feature is billed as “the true untold story” of “Weird Al” Yankovic.

“I’m delighted to have Daniel Radcliffe play me in the film. I have no doubt that it is for this role that future generations will remember him,” the singer and musician said in a rather goofy statement last winter.

The one who won five Grammys during his career made an impression with his many parodies, including White and nerdy (to the music of Ridinof Chamillionaire), Another takes the bus (parody of Another one biting the dustof Queen) or Eat it (to the tune of beat itby Michael Jackson).

The output of Weird: The Al Yankovic Story is expected in the fall.