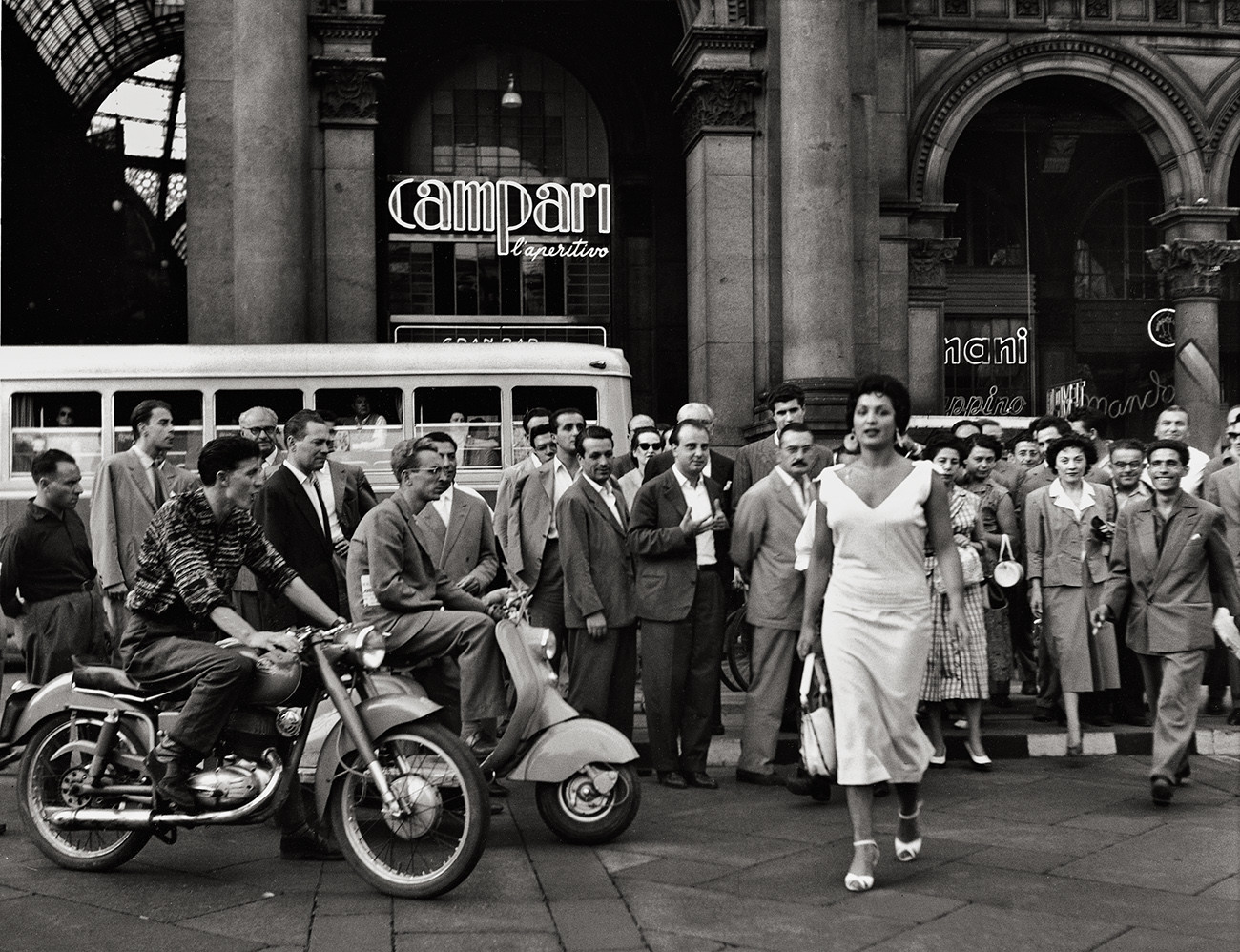 The Casa dei Tre Oci in Venice presents the retrospective â€œMario De Biasi. Photographs 1947-2003 â€, dedicated to one of the greatest Italian photographers, tireless storyteller of the world, Mario De Biasi. The exhibition, which traces the entire production of the photojournalist, from the start of his collaboration with Epoca magazine to the latest works, is organized by Enrica ViganÃ² in collaboration with the Mario De Biasi archives, organized by Civita Tre Venezie with Admira and promulgated by the Fondazione di Venezia.

Following the immense research in the De Biasi archives, the exhibition brings together 256 photographs, half of which are unpublished, and proceeds ironically by thematic core through ten sections, passing through the history of major historical events, exotic journeys, portraits of powerful and famous people, scenes from everyday life, anonymous faces, leading to the conceptual and the abstract. â€œIt was time! – observes the curator Enrica ViganÃ². An anthological exhibition was needed which would distinguish the talent of Mario De Biasi in all its aspects. The neorealist amateur photographer, the photojournalist of Epoca, the witness to history, the portrait painter of celebrities, the explorer of near and far worlds, the plastic artist, the interpreter of mother nature, the compulsive and creative designer. All his work is a hymn to life â€.

Among the many unpublished works, the Casa dei Tre Oci exhibits, for the first time, the entire sequence of De Biasi’s most famous and probably the most beloved photography: Gli Italiani si voltano, produced in 1954 for the weekly Bolero Film and chosen by Germano Celant as the guiding image of his exhibition at the Guggenheim Museum in New York, “The Italian metamorphosis 1943-1968”. A gorgeous Moira Orfei dressed in white walks through central Milan, catching the gaze of a group of men.

The 50s of the twentieth century are one of the focal points of the exhibition with images of an Italy devastated by war, where, however, the desire for rebirth and reconstruction is successful; memorable views of New York; or the close perspective of the Hungarian uprising of 1956, under gunfire, which blessed De Biasi and earned him the title of Italiano Pazzo. These are visual passages “from a twentieth century which today seems distant – emphasizes Denis Curti, artistic director of the Casa dei Tre Oci – but which never ceases to arouse curiosity”.

Two incredible reports date back to 1964, which testify to De Biasi’s stubbornness: the one in Siberia, with temperatures below 65 degrees, and the one among the erupting lava flows from Mount Etna. There is no shortage of moments of daily lightness and intimacy, which De Biasi has investigated across five continents, with photos of kisses, street barbers and lunch breaks taken from London to Paris, Rome to Vienna, Cairo in Tehran, from Thailand to Brazil, from Israel to Nepal.

Also on display are the images of the moon landing, the most famous portraits of him, including those of Sofia Loren, Brigitte Bardot, Fellini, Maria Callas; some of the countless trips including Hong Kong, South America and India. The last section deals with the love of nature, whose forms and signs are revisited, photographed as a kind of â€œvisual poetryâ€.

Alongside the photographs, numerous media, books, the original issues of Epoca magazine, a few telegrams, including those of Enzo Biagi and Arnoldo Mondadori, notebooks and two audiovisual previews will be presented. The interview with Laura Leonelli in which Mario De Biasi talks about his experience as a photographer and a projection of images, selected by his daughter responsible for the Archives, Silvia De Biasi, with the publications of the Epoca series entitled The Wonders of the World .

Besides being a great photographer, Mario De Biasi, was passionate about art and painting, he was also an original draftsman. A universe of strong colors and infinite fantasy will â€œcoverâ€ the Casa dei Tre Oci, restoring stylistic continuity to the arrangement on the three floors of the neo-Gothic building with the representation of suns, eyes, heads and hearts. . â€œThe Casa dei Tre Oci is in itself a marvel for the eyes – says Enrica ViganÃ². And its complex and versatile structure encourages us curators to invent new solutions for the exhibition route. The De Biasi exhibition is spectacular in all its originality and the richness of its content. “

2021-10-06
Previous Post: “My novels change title, but we could delete them and it would be a single book”
Next Post: Detroit Post Office named after Aretha Franklin