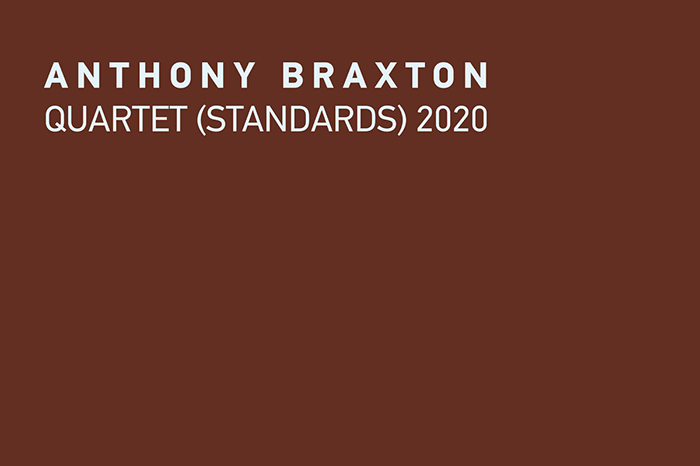 With each new system of importance, with each new language, there is something like a ritual: first a solo which plays the role of catharsis; the musician re-energizes himself, equips his weapons. Then appears the album of standards which refocuses the subject, put it in perspective. And finally the presentation of a new path, largely cleared. While Braxton releases an imposing box set on his new Zim Music, the Tricentrique Foundation offers an equally remarkable sum of Standards (13 CDs!) recorded with a British quartet.

A little history is never superfluous. First, let us note that, in his solos in particular, standards have never been really absent from Braxton’s work. We think in particular of the famous “All The Things You Are” by Kern and Hammerstein, which he made a teenage mantra, but it is also the case of “Body and Soul” in the last solo of 2017. There is also of course â€œDonna Leeâ€ (Parker), recorded as a quartet in 1972. But since his signing in the second half of the 70s on the Arista label, which marked the first moment when Braxton was able to sit down and think about his music, Episodically appears albums of strict standards. Letâ€™s immediately put aside the Charlie Parker Project from 1993 or Compositions of Tristano for Warne Marsh of 1989, which are on the fringes of these intimate dives in the Real Book.

The most striking example is undoubtedly given by the three discs released in quick succession by Leo Records in full development of Ghost Trance Music (GTM) and which clearly constitutes for Braxton a liberating work as well as the affirmation of a direction taken. No piano, but the guitar of Kevin o’neil and the percussions of Kevin norton which gives Braxton complete freedom to appropriate the standards. This is evidenced for example by “Giant Steps”, a great classic of Braxton’s solo covers (we think of Solo (Pisa) 1982, but also in duet with Max Roach), which becomes a real speed race where the guitar plays the role of banderilla. Take the standards for what they are, take them with their history and their tradition, but play them with what orchestras and improvisers are the moment they undertake it. This is Braxton’s overall philosophy on standards.

In Tradition marked an almost political – or at least philosophical – will of Braxton to seize the standards, as of a common good, of a vehicular language. And even if “Ornithology”, Charlie Parker’s emblematic title, is as if filtered by the tight frame of a contrabass clarinet, the disc recorded with Niels-Henning Ã˜rsted-Pedersen on the double bass is marked by a deep love of the selected pieces, and one of its main virtues is to extract them from the sad commercial ripolinage which too often surrounds the agreed playing of standards. It is not insignificant that this work was particularly lively during the period 1985-2005, twenty years when the multianchist exponentially developed his different languages, from the quartet with Marylin Crispell and Gerry Hemingway until the crowning of the “Wesleyan generation [1] ” with Marie Halvorson u Taylor Ho Bynum. Reappropriating one’s own history, giving it back all its emancipatory virtue is one of Braxton’s wishes; he said it to Gerry Hemingway during an interview: “We are the children of Cecil Taylor, John Coltrane, Bill Dixon, of all those men and women who have taken the plunge to free themselves from the “Jazz industry”.

To think moreover that this reflection on standards was born with this first focus of 1974, linked to the contract with the Arista record company: one of the examples is obviously “You Go to My Head”, work of Fred Coots and Haven Gillespie, also authors of the kitschy “Santa Claus is Coming to Town”. It is in a way a totem for Braxton, who recorded it from the album Donna Lee in 73, then very often solo (Solo (KÃ¶ln) 1978 among the most notable). The reason undoubtedly comes from the second life that Lennie Tristano and Lee Konitz have given to this bluette. It’s a challenge, a form of thermometer. We must also compare the version of this song in the 9 Standards: Quartet 1993 with Fred simmons at the piano and that of 2020 with Alexander hawkins to appreciate the variations and the fuller playing of the most recent version, where the saxophone is like the gearing of a precision goldsmith’s work where the double bass holds a preponderant place, especially as the piano performs all the rhythmic tasks.

In Tradition marked an almost political will of Braxton to seize the norms, as of a common good, of a vehicular language.

Since 1974 and the essential double In Tradition, and until Quartet of Standards (2020), it is indeed a quest for rereading and interpretation that it is about, a necessary will to confront each other, often with new musicians, in which Europeans emerge. Listen here to “Impressions” by Coltrane, with the British orchestra, to discover the pianist Alexander Hawkins as a rhythmic masterpiece, allowing a formidable dialogue between a swift Braxton and the double bass of Daniel Charles. Hawkins, who we enjoy hearing here after his collaborations with Roberto Ottaviano in particular, returns by s, with a thunderous left hand that transforms Coltrane’s mystical work into an intense struggle, provoked head-on, carried to the pinnacle by the the roar of the viola and the stunts of the piano that capture the energy and initial power of this standard, like a photograph would capture movement.

In the last standards visit to date, recorded in Brussels in 2006 (Standards (Brussels) 2006) with an Italian quartet where we found the great Cristiano Calcagnile on drums, it was George Russell’s â€œEzz-Theticsâ€ that played this explosive role. There is more than one bridge between the two records, beyond a very similar line-up and a similar era: the Italian quartet came out shortly before the many volumes of GTM (iridium) 2006. In many ways, ZIM Music is an extension of GTM, which conceptualized infinity, the ability to embed compositions like wagons on a crazy train. [2]. ZIM adds new dimensions, such as the space between the musicians, the spatialization of sound which is and will be one of the most important projects for Braxton in the years to come. [3].

Do we hear anything different when the 2020 quartet kicks off Mingus’ â€œSelf Portrait in Three Colorsâ€? after a presentation of the very classical theme, we perceive Neil Charles’ very dry double bass very forward, playing in mirror of the piano. The song, which as always gives itself time to settle in and transform itself, offers various planes, various realities that one might think parallel, in particular thanks to the battery of Stephen davis, very colorist on this piece … Relief, spatialization which Braxton feeds for a very deep game, something that we find in the famous “Evidence” of Monk, totally unstructured where only the piano of Hawkins seems act on a fixed plane. One of the most linked biases of the quartet in this invigorating set.

Recorded in early 2020, just before the episodes of global lockdowns linked to COVID, the result of three residences (Warsaw, London, Wels in Austria) in ten days, Standard (Quartet) 2020 is a great document. First of all because he visits standards that we don’t necessarily think we hear from Braxton’s reed (â€œWho’s Afraid of the Big Bad Wolf?â€ Is undoubtedly an emblem), and that he makes each of them his own. his choices. Then because he encountered the light on three remarkable British musicians, whom we had been able to hear together (in quartet with Elaine Mitchener in particular) or close to the pianist Matthew Bourne. We are faced with this box as a box of chocolates where it is advisable to peck. From “Prelude to a Kiss”, a magnificent overture by Hawkins on the piano which promises a beautiful exchange with the saxophone to the subtle “Pannonica” where the talent of Neil Charles is evident, there is something to turn heads. Braxton has not finished surprising us.