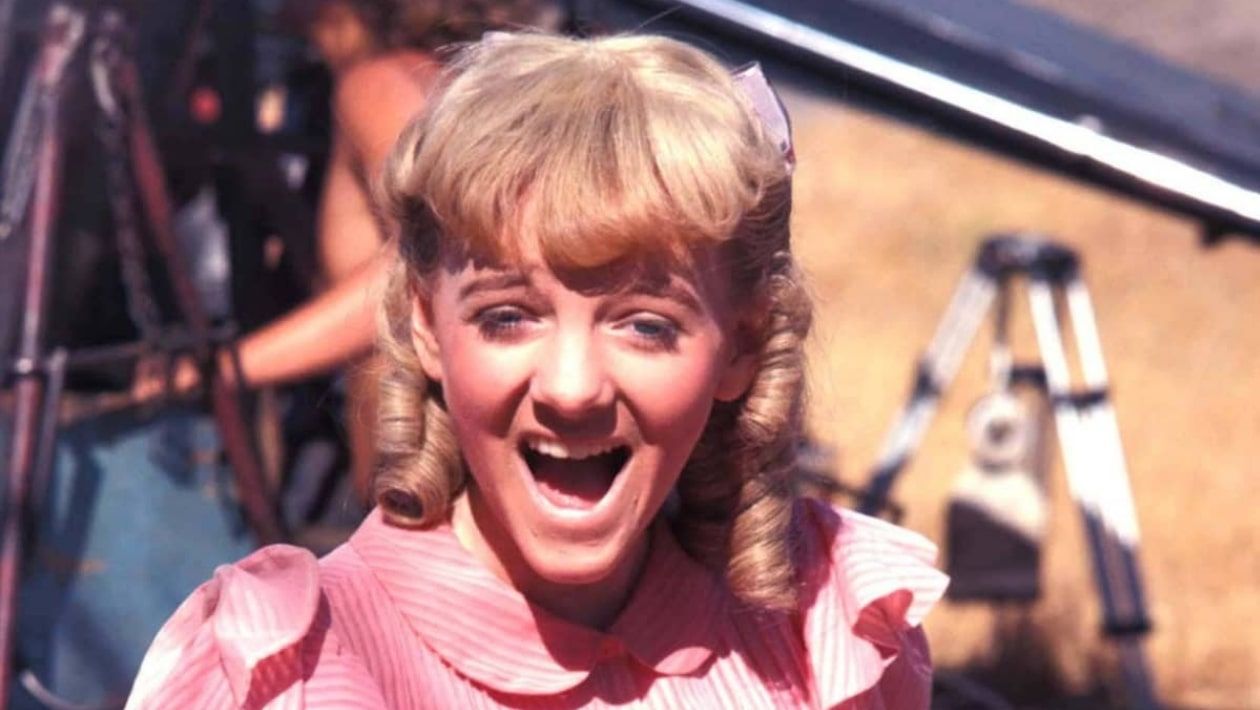 5 facts you should know about Nellie Oleson

What would be The Little House On The Prairie without Nellie Oleson? Today the editor of Serieously reveals 5 things you (perhaps) didn’t know about the bad girl of the cult series.

The fans of The Little House On The Prairie are not unaware that the series is adapted from the autobiographical books of the real Laura Ingalls Wilder. Thus, most of the protagonists of the show as of the novels really existed. This is not the case of Nellie Oleson, who is a pure invention… or almost. If Laura Ingalls Wilder has never rubbed shoulders with Nellie Oleson in her life, she was inspired by three different girls she is known to create and write her character.

So, Nellie Oleson is the combination of Genevieve Masters, Nellie Owens and Stella Gilbert. These three women, meanwhile, really existed and each had characteristics that have been attributed to the character played by Alison Arngrim in The Little House On The Prairie.

Like many actors and actresses, Alison Arngrim was forced to wear a wig for her role in The Little House On The Prairie. Nellie Oleson’s famous blonde curls are therefore not real, and yet it is not for lack of trying. During the first episodes of the series, the actress had her hair curled on the set. But, seeing that she was starting to lose her hair from overusing an old-fashioned curling iron, the team finally decided to make her wear a wig.

Alison Arngrim struggled to be as mean as Nellie Oleson

Some actors are the opposite of the character they play on a show, and that’s the case with Alison Arngrim. The interpreter of Nellie Oleson was not always as comfortable as she seemed in her role as a little pest. During an interview, Melissa Sue Anderson (Mary Ingalls) says: “It was interesting working with Alison because she was so shy…She couldn’t look at you and get her lines out.” The director, Bill Claxton, had a really hard time getting her to look at you and say her lines. And she finally got there, but she was so shy and scared… Maybe it’s not a question of shyness, but rather of fear. She was paralyzed I think, and you know, she became this kid that we love to hate and did a great job..

In episode 2 of season 3 of The Little House On The Prairie, Nellie falls off her horse and finds herself paralyzed. It turns out that his interpreter Alison Arngrim was disabled at that time of filming, which forced the writers to rewrite the script for the episode to include his injury. The actress had broken her arm after skateboarding, and producers weren’t “no content”to does she remember.

In the end, it made for one of the most memorable episodes of the show for fans. As a reminder, when she sees that Laura feels guilty and is ready to do anything to help her, Nellie takes advantage of this situation and pretends to be still paralyzed when she is no longer. Once she finds out, Laura retaliates and pushes her onto her wheelchair from the top of a hill. A cult scene!

If you have the impression that Nellie Oleson is in every episode – or almost – of The Little House On The Prairie, well you are wrong. It turns out that his character is only present in 104 episodes… out of the 204 in the series. This remains quite honorable as a figure, but it is clearly lower than her parents Harriet (present in 152 episodes) and Nels (145 episodes), her brother Willie (138 episodes) or even Dr. Hiram Baker (113 episodes). As a reminder, Alison Arngrim left the series at the end of season 7 and only returned as a guest in the ninth and final season.