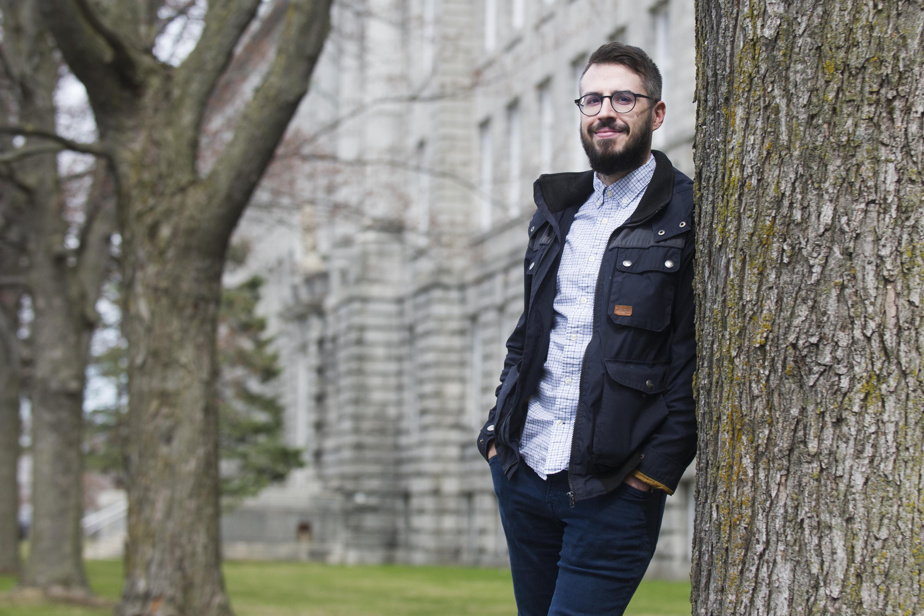 Winner of the 2022 Robert-Cliche Prize, Plessis transports us from Trois-Rivières to Schefferville during a pivotal period in the history of Quebec: the sudden death of Maurice Duplessis, which will ring the glass of the Great Darkness and open the doors to the Quiet Revolution. Despite this premise, this first book by Joël Bégin is far from being faithful to the story, lying somewhere between the noir novel and the spooky narrative, all sprinkled with a few pinches of magical realism!

1979, the Robert-Cliche Since prize rewards the author of a first novel – without restriction of genre – whose manuscript is submitted anonymously to a jury, which this year was composed of Monique Proulx, Samuel Archibald and Camille Toffoli.

And it’s on Plessis that the jury has made its choice, an abundant and very colorful novel with a sprawling narrative signed by Joël Bégin, professor of philosophy at the cégep de Trois-Rivières. “Dizzying scale, inventive and controlled writing, a strong recreation of society and history”, a summary Mme Proulx, who chaired the jury, by press release.

Reached on the phone, Joël Bégin seems to pinch himself again.

My book was in the works for six years, and I never felt like it was finished. For me, it was unexpected, I have the impression of going through the front door to enter our literature.

The novel, explains Joël Bégin, takes its premise from a short story he had written for a literary magazine, where he staged the character of Gérald Godin who went to the funeral of Duplessis, in Trois-Rivières – the two men, he notes, are associated with this city which is also his hometown, where he relocated somewhat backwards after leaving to study abroad.

“I had to reconcile with that city, where I didn’t really see myself coming back. My way of doing it was to read a bit about the history of the city, to meet the historical figures who were born and lived there. I discovered a host of people: Duplessis, Godin, Pauline Julien…”

Remember that Maurice Duplessis, who reigned as king and master of Quebec almost uninterruptedly since the mid-1930s, died in office in 1959 following a cerebral hemorrhage while visiting Schefferville. This true event is the starting point of a story which, if it is sometimes supported by historical facts and in which appears a number of people who really existed (Gérald Godin, Daniel Johnson, Pierre Laporte and Paul Sauvé, among ‘others), remains well and truly a fiction.

“I developed a fascination for the case of the Duplessis who is in a coma in Schefferville, because I found this anecdote extremely literary. Over time, I found myself with lots of little stories. To find a guiding thread, I immersed myself in reading, in particular biographies. I took a lot of pleasure in that and I discovered literary materials that I could transfigure, weave, metamorphose. »

The title Plessis comes a bit from that: a plessis is a fence of trees that are woven together and grow together. I thought it was an image that found the end result well.

We understand it. The story with a capital H serves less as inspiration as such than as raw material with which the author has a lot of fun, imagining a crazy alternative history, bringing together truthful and invented characters, crossing eras, rumors , Conspiracy theories.

“This is not a thesis novel. I never had the idea of ​​rehabilitating anyone, or defending an idea of ​​Quebec or the Great Darkness. It was really about taking historical material and turning it into literary material, channeling my imagination. I had no concern for realism or fidelity to historical facts or to my family,” adds the author, alluding to the fact that there are many Bégins in his story, a family from which he goes back. family tree until the arrival of the Bégin prime ministers in New France.

“A false detective novel in a false historical novel”

If the death of Duplessis serves as a spearhead for the action of the novel, the character of the former Prime Minister only makes a few flash appearances – quite truculent, moreover – in the novel. At the center of the story, a completely fictional character this time: Paul-Émile Gingras, a young policeman from Trois-Rivières without much talent or insight who suddenly finds himself parachuted into the position of investigator by the will of his great-uncle, Jos -D. Bégin, Minister of Colonization and right arm of Duplessis (who really existed), with the mission of discovering what really happened to the Prime Minister.

Is Duplessis really dead? Did he run away, was he kidnapped? Who is plotting what behind the scenes to take his place? And what to do with the Devil, a poetess with an unlikely name and a mysterious and coveted black briefcase?

This is what Gingras will try to discover by embarking reluctantly on a long adventure, from Trois-Rivières to the North Shore, with his friend Gégé Godin, all this while implicitly, a drama of which he ignores everything is played out in his own family. “I say jokingly that it’s a fake detective story in a fake historical novel! “Laughs the father of three young children.

An evocative and lively language

The common thread of the novel is also found in this work on oral language by Joël Bégin, who was notably inspired by the speech of his grandparents, who come from the Bellechasse region. He makes extensive use of expressions in Joual and even goes so far as to revive, in a scene taking place in New France, the language as it was spoken at that time.

“It’s my favorite theme, giving back importance to the materiality of language. For me, written language is often sanitized, standardized, and there is an evocative power that is lost through that. The fact of going in the past, towards a more original language, makes it possible to break this idea that the language is frozen in time. » 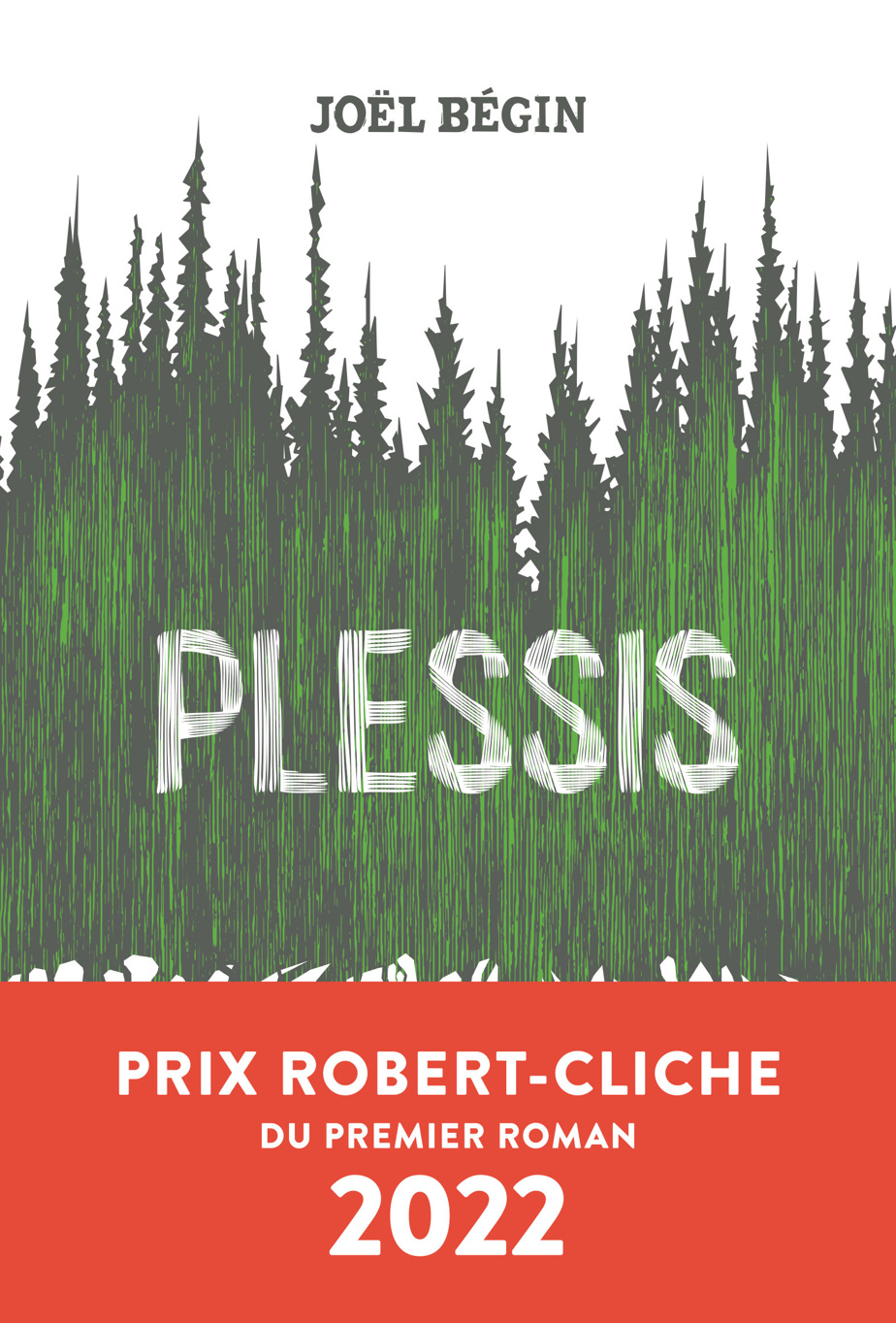