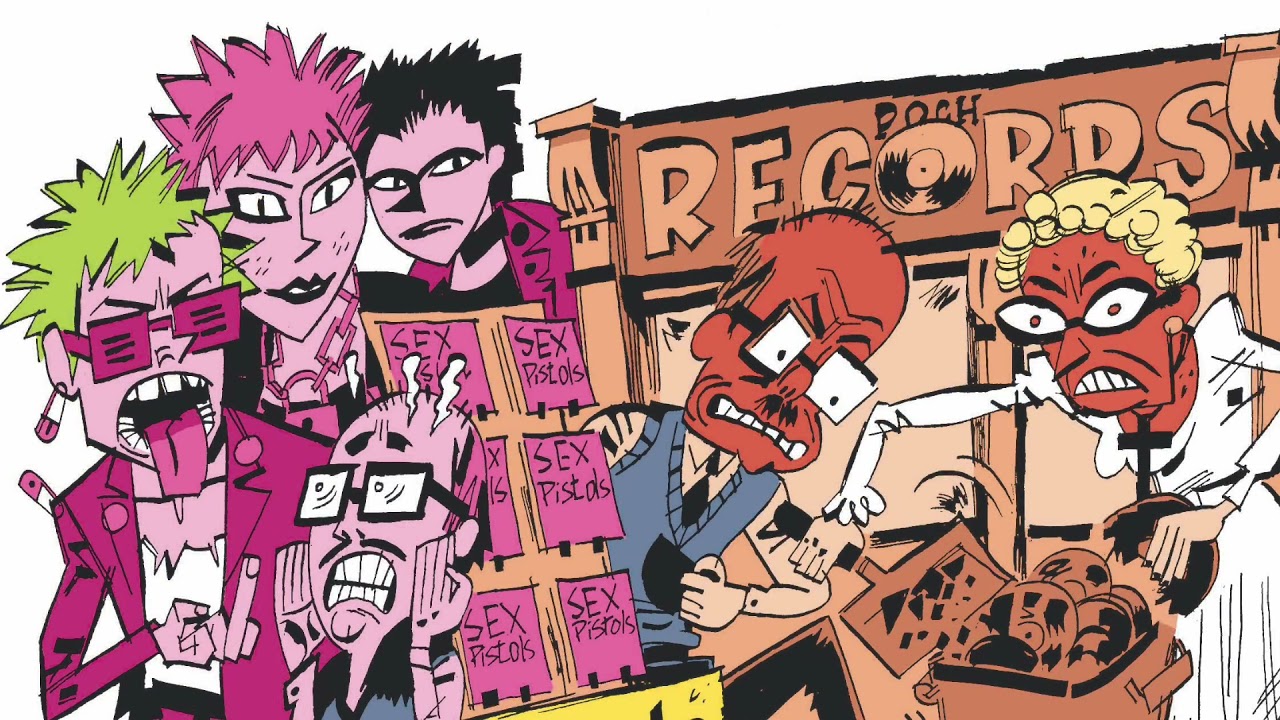 The Art of Disaster, or the Creative Chaos of Malcom McLaren

Although he left behind him a rich heritage, Malcolm McLaren is quite well known to the general public, but the biographical comic strip dedicated to him allows us to discover this iconoclastic being, who created the Sex Pistols and gave birth to the movement. punk.

Died in April 2010, Malcom McLaren, an unclassifiable and avant-garde character, does not always obtain the recognition which is due to him. Influenced by the thought of Guy Debord, the Dadaist movement and the student protests of May 1968 in France, this multi-talented man who designed, composed, created clothes, wrote and directed, brought emerging rap out of the Bronx in the taking him to trendy gay clubs, co-signed to promote world music, co-signed a comic strip with the cult Alan Moore, sang a duet with Catherine Deneuve, tried to make a feature film with Steven Spielberg in which Oscar Wilde invented rock’n’roll, ran for mayor of London on a promise to legalize cannabis, and shot his own version of Lady Butterfly in a hammam.

Written by Manu Leduc and Marie Eynard, the biographical comic Malcom McLaren: The Art of Disaster lifts the veil on this sulphurous character, whose motto (which he also had inscribed on his tombstone) was “Better a restrained failure than a mediocre success”. Although the book traces the early life of McLaren, from his upbringing by an anti-monarchy and slightly anarchist grandmother who encouraged all his bad habits through his registration and expulsion from several English art schools , or his meeting with the designer Vivienne Westwood with whom he will have a son, the album focuses above all on a significant period of his life and his greatest feat of arms: the creation of the group The Sex Pistols, and the birth of punk movement.

The comic gives us privileged access to the life, and death, of the Sex Pistols. We learn how Malcom McLaren, manager of a musical group called The Strand, will hire John Lydon as a singer, and will do everything to fuel the rage of the latter, whom he considered at his best when he was angry. We witness the arrival of Simon Richie, a young bass player with little talent for music who will become known as Sid Vicious. The book allows you to appreciate McLaren’s provocative and marketing genius. Cultivating chaos within the group like many record companies, the manager seizes every opportunity to fuck up the mess, cementing the bad reputation of the Pistols. Displeased that the police were content to escort the boat on which the musicians were playing for the Queen’s Jubilee, he even threw beer bottles at their heads to make them stop them.

Too slick illustrations would have had no place in an album offered largely to the Sex Pistols and the punk movement. The choice of Lionel Chouin to put this biography into images was therefore ideal. Wearing the same iconoclastic side as the subject of the book, Chouin’s drawings are nervous and angular. His lanky characters are close to caricature and not always anatomically correct, with oversized arms, legs or skulls, but the Richard Branson, Russ Meyer, Siouxsie Sioux and other historical figures he sketches are well recognizable. His reproductions of the concerts of the Pistols, the New York Dolls, or Patti Smith, musicians who “killed Flower power to revive Rock’n’roll”, overflow with so much energy that you would think you were hearing them. His graphic compositions are inventive, and without ever using boxes, he creates arrangements of illustrations nesting on top of each other in each of his boards.

Despite producing just one album in their short (but intense) career, the Sex Pistols have managed to carve out a place for themselves in the pantheon of music, and this biographical comic on Malcom McLaren shows the crucial role played by the brilliant manager in the creation, and the reputation, of this legendary group.

2022-05-13
Previous Post: “We are held hostage by these price increases”
Next Post: Common Reasons Borrowers Depend On Payday Loans