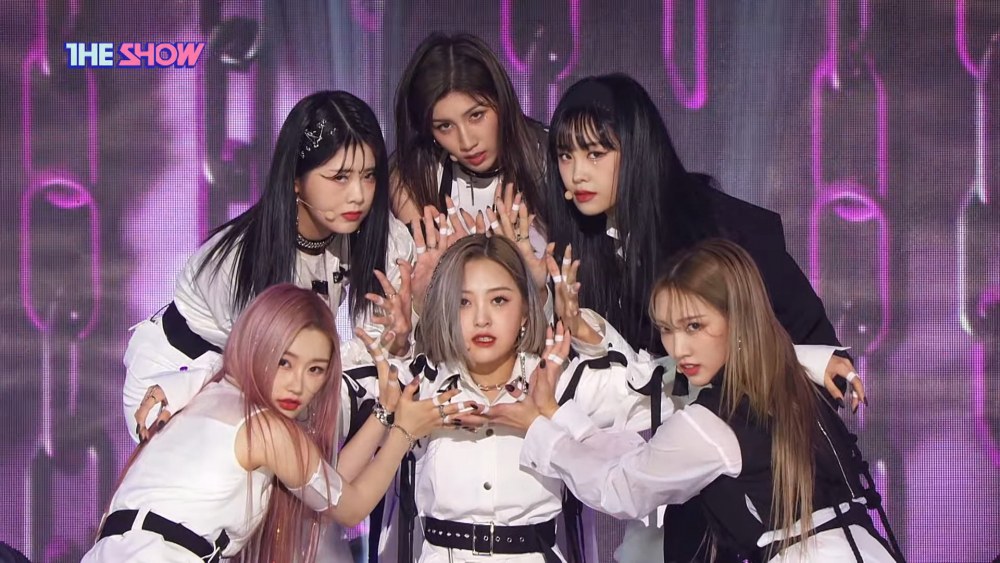 If you are looking for a K-pop song with Halloween atmosphere, the song Intoxicated of the K-pop Pixy girlsband is perfect for you.

Intoxicated by Pixy, a creepy K-pop song perfect for Halloween

Pixy is a g6 member korean irlsband which just debuted in 2021 with their 1st song Wings to the dark concept, then their 2nd song Let me know to return on October 11-12, 2021 with their last song Intoxicated from their mini-album named Temptation. You can find their biographical information on the Nautiljon link.

How to describe this song?

A captivating, mesmerizing, intriguing and addictive UFO song. Expect a mix of gender that sounds great together.

A mixture of the retro 90s hip hop genre to go towards a softer passage then a sectarian song to return to an electro pop chorus. We invite you first to listen to the intro named End of the forest which sets the mysterious, creepy tone, before seeing the clip of Intoxicated.

Now that you’ve seen the clip, let’s get to the spoilers and analysis.

Analysis of the musical composition and the clip

A very good job on the musical composition, well done to the composer. The intro in terms of sound with a strange atmosphere and the image intrigues us. We see the eye of a woman buried underground who wakes up making a noise before the music starts. Then the song leaves and we find a chained woman who sings and struggles. Good transition then to an aggressive rap that makes you think 90s hip hop.

We do not expect the next part which is sweet. A beautifully soft voice from the member Ella with short gray hair, which takes special care in its cut with a pearl weave. Then, after this magnificent passage, we move on to a transition from sectarian rap to a more dynamic electro pop chorus. A unique song that stands out from the crowd. It’s a little girlsband that has just started, but we would like to point out UN gross budget linked to the clip with carefully detailed decor, outfits, choreography, makeup and hairstyles.

For a small presentation of the members:

The one who sings the 1st is called Dia (gray wick). Then we have the rap of Lola (with a headband). The sweet party after it is Ella (with a candle). Then sectarian rap is Satbyeol. Then comes the song of Sua (long light brown hair). Finally, we have the 6th member which is Dajeong (pink hair with 2 short strands).

We come to the dance that we would usually give to a k-pop boyband rather than a girlsband. For example, this movement of the hand going down to the ground:

The choreography and movements are harder to do for a K-pop girlsband. Quick and more masculine movements like the hand covering the mouth, the tilting back and the hand on the floor. K-pop agencies would give that kind of choreography to a boyband more. Male contrast of the choreography for an astonishing and wonderful girlsband.

Analysis of their outfits

They have 2. A more masculine but beautiful and very fashionable purple outfit, and a second, more refined white outfit.

We also note that the agency has invested a certain budget in the outfits.

Let’s move on to their makeup, which has also been very neat. For example, here is Ella’s gorgeous make-up.

And if you want a Halloween make-up, why not go for Dia’s.

Now let’s move on to the analysis of their mini-album.

Analysis of their mini-album Temptation

There are 4 new songs in their mini album. The 1st being Intoxicated, the flagship song of the album. In 2nd, we discover delighted, a song at the same time creepy with also funky tones, difficult to define it as Intoxicated. Next, Moonlight, a song with a retro futuristic sound whose clip is out. You can find it on the pixy chain. The clip of Moonlight is all in animated futuristic style which goes very well with the song.

Finally, in the 4th song, we have Still with me, especially to the Winxys, the name of their fans. This time it’s a special ride for their fans. If you liked the song see you next time of Wix Khalifa, she’s the same style.

Addicted by Pixy is an innovative song perfect for Halloween. Bewitched is wonderfully well composed with sound effects like the sound of a clock or a scratching vhs tape, perfect for the Halloween mood.

2021-10-27
Previous Post: Do you know the real James Bond?
Next Post: How mobile apps are helping the financial industry