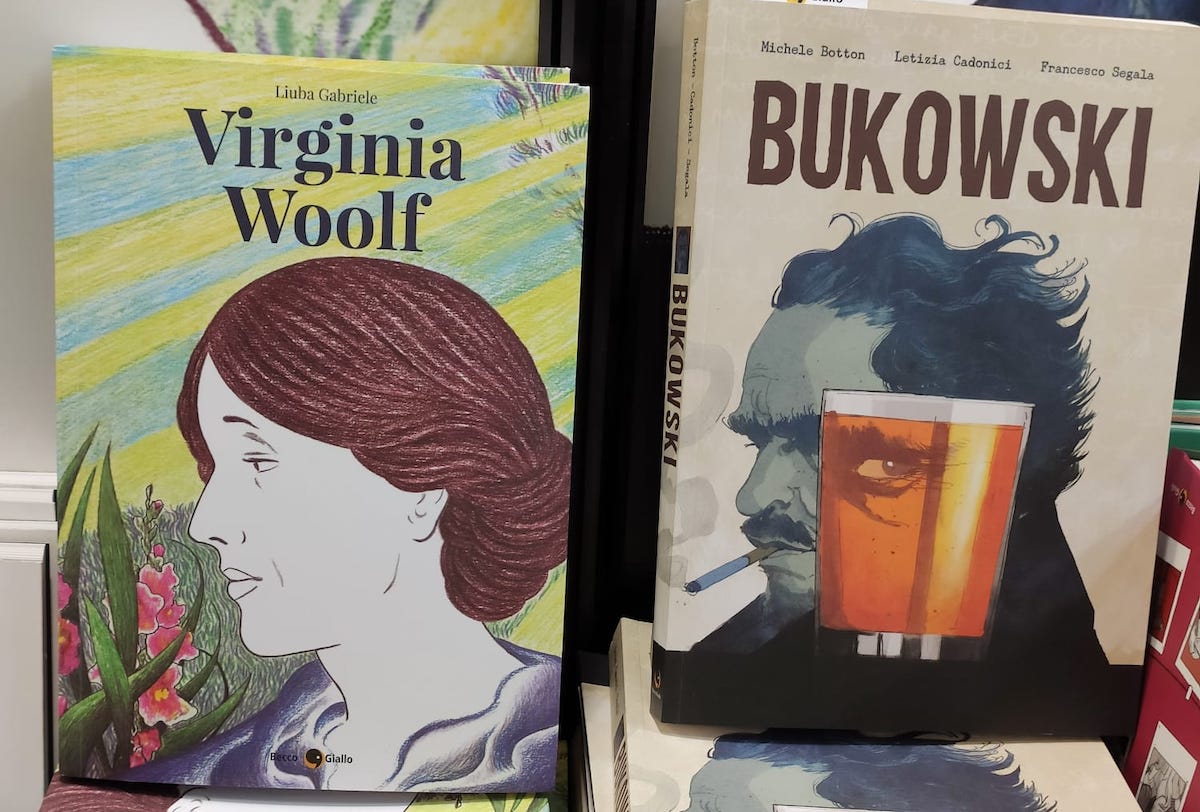 Becco Giallo editor was born in 2005 in the province of Treviso and belongs to the editorial group Fandango, with which he largely shares the committed line.

The very name derives from that of an anti-fascist magazine from the 1920s: it used drawing and journalistic investigation to criticize the regime and its propaganda. As the publisher’s website reminds us, â€œits symbol a blackbird, with its beak always open as if to shout the truths that we wanted to deny at that time“.

Today, Becco Giallo retains this critical spirit and in particular the constant political commitment. It is a publishing house specializing in comics – just like the magazine Becco Giallo at the time drew on images to convey its messages. It was founded “with the idea of â€‹â€‹talking about non-fiction in comics and reconstructing current events through comicsÂ», According to the definition of the editorial director Federico Zaghis.

These include “committed storiesÂ», Which ecology, themes such as racism, gender issues and, in particular, key moments in Italian political life. Let us mention, for example, the books dedicated to the murder perpetrated by the Mafia of the young journalist and activist Peppino Impastato. Or those of Palermo judges Giovanni Falcone and Paolo Borsellino, still confronted with criminal organizations.

Or the events in Piazza Fontana and Piazza della Loggia, the massacres in Bologna and Ustica, the assassination of journalist Ilaria Alpi and that of poet and director Pier Paolo Pasolini.

A catalog that is diversifying

The reader to whom Becco Giallo is addressing has a very specific profile: â€œIt is not necessarily a passionate reader for comics, but for the theme that we deal with each time.In particular, comics are used because they make it easier to communicate certain stories, especially tragic or complex events.

The house publishes around 20 titles each year. The editorial line has now broadened: there are not only reports, but also comics for children, contemporary music told in comics, as well as collections of fiction. The collection of biographies, also of literary figures such as Virginia Woolf or Jane Austen, was created just after the first comics of a historical and journalistic nature.

The explosion of fumetti in Italy

Becco Giallo’s adventure is emblematic of a change that increasingly crosses Italian publishing and culture: the growing attention paid to comics. For the first time, in September 2021 a manga topped the list of best-selling books and in general, according to the latest data from the IEA, the comic book sector is growing by 202% this year.

ITALY: double-digit growth for books in 2021

According to Federico, â€œcomics in Italy are experiencing a positive moment: there is a lot of attention today, whereas ten years ago, the attitude was different,more suspicious. So we can be optimistic“. Long live this blackbird with the yellow beak.